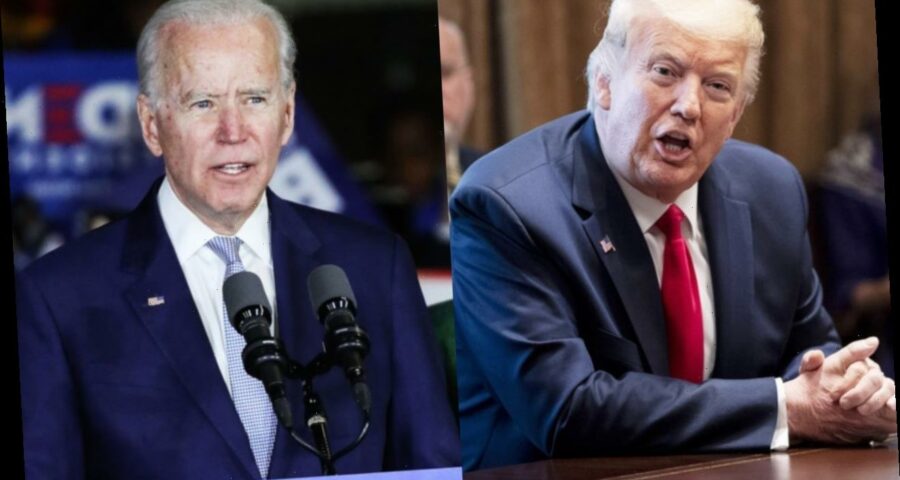 When given the mic to congratulate the newlywed couple, the former president takes the opportunity to bash his successor over Iran and the border situation in a lengthy rant.

AceShowbiz –Donald Trump is always full of himself and he didn’t miss the chance to express his displease with the current political situation following the end of his presidency. The former POTUS basically hijacked a wedding reception at Mar-a-Lago on Saturday night, March 27 to rant about current president Joe Biden.

All tux’d up for the party, the 74-year-old took the spotlight and was given the mic to congratulate the newlywed couple, John and Megan Arrigo. But his speech had nothing to do with the happy couple as it was all focused on himself.

“Boy, they were ready to make a deal … they would have done anything. And this guy [Biden] goes and drops the sanctions and then he says, ‘We’d love to negotiate now,” he complained. He continued, “And China, the same thing, they never treated us that way, right? You saw what happened a few days ago, was terrible, and uh, the border is not good, the border is the worst anybody’s ever seen it, and what you see now, multiply it by 10, Jim-you would know how to handle the border tougher than me.”

“We have to, and the tough is… in the most humanitarian way, because that’s what it is,” he claimed, saying that migrant children were like “they’re living in squalor, they’re living like nobody has ever seen anybody.” He went on arguing, “It’s a humanitarian disaster from their standpoint, and it’s gonna destroy the country, frankly, the country can’t afford it because you’re talking about massive, just incredible massive amounts. Our school systems, our hospital systems, everything.”

Trump also brought up the election which he claimed was rigged. “We did get 75 million votes, nobody’s ever gotten that,” he declared. “They said, ‘Get 66 million votes, sir, and the election’s over.’ We got 75 million and they said… but you know, you saw what happened, 10:30 in the evening, all of a sudden I said, ‘That’s a strange thing, why are they closing up certain places, right?’ “

He eventually concluded his lengthy rant by saying, “Now, a lot of things happening right now, I just wanted to say, it’s an honor to be here, it’s an honor to have you at Mar-a-Lago, you are a great and beautiful couple.”