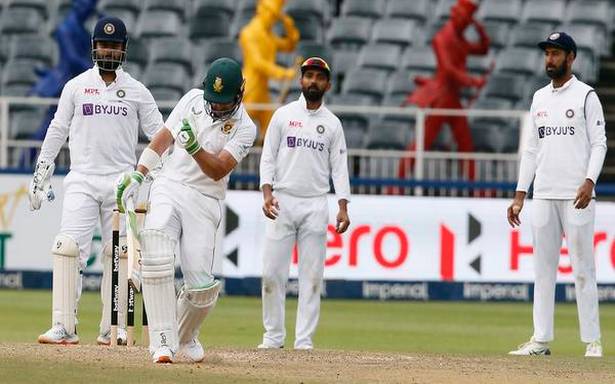 South Africa captain Dean Elgar played one of the great knocks of his career, steering his side to a seven-wicket win with a blood-and-guts unbeaten 96 here on Thursday.

He said later about taking all those painful blows on the body while batting on a spicy pitch, “Some may call me stupid, others may call me brave. But when I play for my country, I put my body on the line. Nothing else matters.”

The South African said he had always wanted to lead from the front. “Right from my school days, I wanted to do that. It makes it easier for the others to follow in your footsteps.

“This is a young side. For many of them, it is their first Test victory. They know the significance of the occasion. I want to celebrate with them,” he said.

Terming it a team effort, Elgar said, “We bowled very well and if you look at the chase, apart from my knock, there were many valuable contributions.”

About Kagiso Rabada’s red hot spell on day three that opened up the game, he said, “I had a word with KG. He’s our most experienced bowler. I wanted the best from him.”

This Elgar is tough as nails.