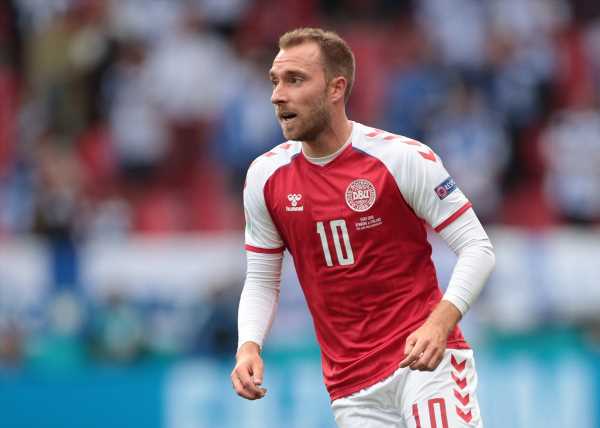 Manchester United have signed Christian Eriksen on a free transfer with the Danish playmaker signing a three-year deal, the Premier League club announced on Friday.

Eriksen, who needed life-saving treatment on the pitch last year when he suffered a near-fatal cardiac arrest in a European Championship match against Finland in June, returned to action with Brentford after signing a short-term deal in January.

“Manchester United is a special club and I cannot wait to get started. I have had the privilege of playing at Old Trafford many times but to do it in the red shirt of United will be an amazing feeling,” Eriksen said in a statement.

“I have seen Erik’s work at Ajax and know the level of detail and preparation that he and his staff put into every day. It is clear that he is a fantastic coach.

“Having spoken with him and learned more about his vision and the way he wants the team to play, I am even more excited for the future.”

Eriksen was an Inter Milan player when he collapsed and underwent surgery to be fitted with an Implantable Cardioverter Defibrillator (ICD) device — which is not permitted in the Italian Serie A — leading to the termination of his contract.

After signing for Brentford, he made 11 league appearances under Danish coach Thomas Frank, scoring a goal and providing four assists as Brentford finished 13th in their first season in the Premier League.

He is no stranger to the Premier League, however, having spent nearly seven seasons with Tottenham Hotspur, making more than 300 appearances in all competitions for the London side.

He also resumed his Denmark career, scoring against Serbia on his return to the Parken Stadium where he had collapsed.

“I still have major ambitions in the game, there is a huge amount that I know I can achieve, and this is the perfect place to continue my journey,” Eriksen added.

United, who finished sixth last season and failed to qualify for the Champions League, kick off the new Premier League season with a home game against Brighton & Hove Albion on Aug. 7.

Raphinha excited to follow in footsteps of Brazilian greats at Barcelona

Striker Raphinha said on Friday that he was fulfilling a childhood dream by playing for Barcelona and following in the footsteps of fellow Brazilians such as Romario, Ronaldo, Ronaldinho and Neymar.

“All my idols played and made history here so it’s a huge honor and I can’t thank Barca enough for giving me the chance to wear this jersey,” Raphinha told a news conference after signing a contract until June 2027 with a buyout clause of a billion euros.

“I hope I can achieve half of what my idols accomplished here. It’s a dream come true for me and my family. I’m going to do my best to help this club win (trophies).”

Leeds United agreed terms to sell the flamboyant 25-year-old to Barca for a reported 58 million-euro ($58 million) transfer fee that could be boosted to 68 million with add-ons.

“The beautiful game is back to Barcelona and that’s very meaningful to our club,” president Joan Laporta said standing beside Raphinha.

“For us, it is very exciting because all of us who have lived through Barca golden times, there has always been a Brazilian.

“Raphinha reminds us of this tradition; and he is here to pick up that baton.

“(Barca coach) Xavi… wanted to have Raphinha and we have done what we could. At all times, Raphinha has shown his desire to sign for Barca and that has been very important.”