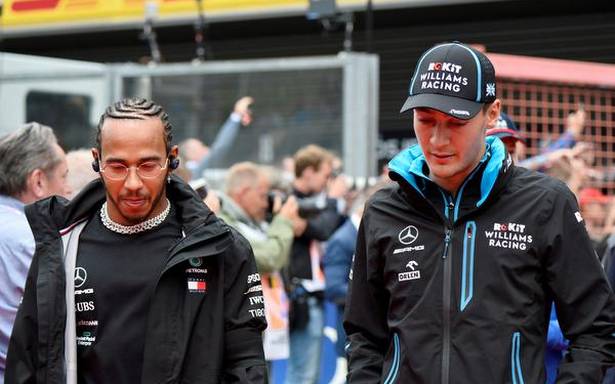 George Russell’s move to Mercedes as Lewis Hamilton’s team mate next year, announced on September 7, means every one of Formula One’s top teams will have a bright young star in its driver lineup.

Russell is only 23, the same age as Red Bull’s championship leader Max Verstappen and Ferrari’s Charles Leclerc, and with a similar talent that ultimately Mercedes could put on hold no longer. In 50 races for Williams, he has out-qualified his team mate 50 times. He has put the eighth-ranked team on the front row of the grid and onto the podium, albeit with second place in a "race" without overtaking in Belgium.

"The past three seasons with Williams have given us a taste of what the future could hold for him in F1," said Mercedes team boss Toto Wolff of a driver 13 years younger than seven-times world champion Hamilton.

Fellow Briton Lando Norris, pushing hard in his third full season at McLaren, is 21 while Alpine’s French driver Esteban Ocon is 24. Verstappen, Leclerc and Ocon are grand prix winners — 17 times in the case of the Red Bull driver’s meteoric rise — and it surely will not be long before Russell steps up to join them.

"It’s certainly very positive," said Ferrari boss Mattia Binotto of what looks like a golden period ahead as the sport enters a new era with rule changes aimed at making racing closer. "There are a lot of young drivers who are doing really very, very well…this may be the best time now for young drivers that we’ve had in F1." McLaren Racing’s chief executive Zak Brown, speaking at last weekend’s Dutch Grand Prix, said the sport was in a "mega exciting" place.

"All the big teams are going to have their young driver and I’m very bullish on Formula One’s future, I’m excited for the new car, I think the cost cap is working," he added. "Led by these superstar drivers with the big teams I think it’s going to be massively exciting, the next decade of Formula One." Formula One still has three multiple world champions in Hamilton, Fernando Alonso and Sebastian Vettel but the future is here and hungry.

"It’s so important to get yourself in a top team as a young driver early on, so you can show what you can do," said Britain’s 1996 world champion Damon Hill on Sky Sports television. The rise has been long-awaited, with Russell and Norris rivals in Formula Two in 2018 after Leclerc won the title in 2017, while Verstappen and Ocon competed against each other in European Formula Three. "I remember meeting him when he was young, dreaming of one day being a Formula One driver," said Hamilton of Russell after the announcement.

"He is a great example to all the kids out there that dreams do come true when you chase them wholeheartedly. Through hard work he has rightly earned his spot on our team."