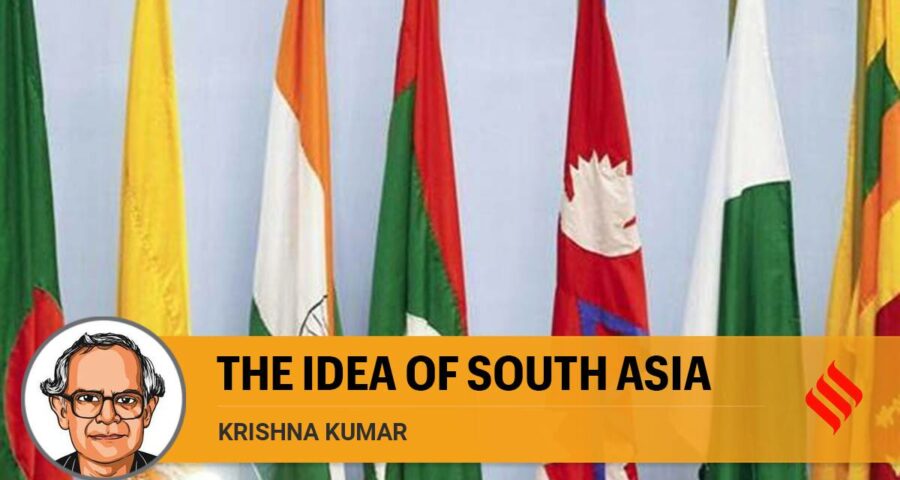 Krishna Kumar writes: When SAARC was mooted in 1985, it created the hope that trade, cultural activity and intellectual exchange would gradually diminish the political legacies of Partition by nourishing a regional fraternity Among the children of Partition refugees, the memory of displacement is no longer sharp. For the rest of us who were lucky enough to be born after Partition, it is an inherited memory. It has been fading away as all memory does if an investment is not made to keep it alive. History, of course, is a different matter. It is the job of historians to help society to cope with the burden of the past by turning it into knowledge. In the case of Partition, many historians have done excellent work. Let me mention four whose work has transformed our understanding of Partition.

The return of Partition to contemporary political business is not altogether unexpected. In fact, Partition had never gone out of political relevance in any of the three countries whose legacy lies in Partition. Published in the mid-1990s, India Partitioned, edited by the late Mushirul Hasan, brought together the creative expression of memories from all three countries. One of the excerpts was from a nearly forgotten novel, The Heart Divided, by Mumtaz Shah Nawaz. Although it is fiction, the book opens up a new perspective on the lived reality of day-to-day life before Partition. Then, in 1998, came Urvashi Butalia’s The Other Side of Silence. It unwrapped a parcel lying at the back of independent India’s memory closet. It contained the orally recorded memories of common people. It opened a new chapter in the study of Partition, presenting a mirror from which the images of great historical figures had been removed. Sucheta Mahajan’s Independence and Partition (2000) made the mirror of history wider and deeper, imparting it the capacity to capture sociological nuances across communities.

This kind of attempt achieved its crowning success in Niti Nair’s Changing Homelands. This micro-study of local manoeuvres bridges the gap between high politics and ground-level life. It makes one realise the deeper truth about historical events that Tolstoy had captured in his War and Peace. An event always carries an interplay of the life of the masses and how we remember the historical figures concerned with that event. It needs the meticulous, localised inquiry of the kind that Nair has done in Punjab to recognise that there is no simple explanation of Partition. Nor is there a simple way to remember it, one should add. Societies that prefer memory over history tend to remain permanently injured.

With so much scholarly insight available, no one can innocently maintain that people went mad. Historians have demonstrated that people can be mobilised for madness. Shakespeare has shown this in Julius Caesar, in the scene where Antony persuades a crowd to go after Brutus and his colleagues. Twentieth century history shows how people can be mobilised for sustainable insanity. That is what happened in Germany. Howsoever terrible the violence of Partition, it subsided after some time. But the consolidation of identities that had led to Partition could not be stopped by electoral democracy. The experience of Partition is a fading family memory, but as a historical fact it remains charged with potential emotional value.

When SAARC was mooted in 1985, it created the hope that trade, cultural activity and intellectual exchange would gradually diminish the political legacies of Partition by nourishing a regional fraternity. The dream is still relevant, but SAARC has remained incapable of responding to the unabated rise of identity-based aggression and violence. Along with this, a remarkable degree of indifference to others’ woes has grown. That was manifested in the paralysis of sympathy to the violence faced by the common public of Myanmar since the beginning of this year. Now when Afghanistan is going through a convulsion, a similar spectator-like attitude is in evidence among other South Asian countries, barring one that has a known vested interest in the Afghan transition.

Numerous declarations were made in the early years of SAARC. One of them created the hope that the school curriculum in the different countries would be examined by a joint team. Had that exercise been done, a seedling of hope might have germinated, that the children would not acquire a prejudiced view of others. Nothing contributes to enmities among nations more than the perpetuating of a mindset that acquires comfort from hostility towards others. Socialisation into prejudiced views maintains continuities of hatred and enmity, of war.

The idea of a South Asian consortium has frayed over the years. As a term, “South Asia” is now mainly heard in weather reports on international channels. The hope that a regional perspective would gradually encourage regional consciousness and identity has receded. We can view this as the receding of an educated imagination in our region. It offered the only sustainable proposal to mute and replace conflicts inherited from the past with the help of a larger frame of regional interests.

The children growing up in our part of the world, irrespective of the country they live in, need explanatory help from adults as to why there is so much turmoil all around. Socialisation of the mind is a long and complicated process. Ushering the young mind into a culture of peace demands some reduction of the long backlog of turmoil.

Three quarters of a century after Partition, South Asians are no closer to consigning its multiple fallouts to history. The idea of South Asia is relatively young, and SAARC’s attempt to promote it has not been a great success so far. But that is no reason to abandon the attempt. After all, it is the only hope we can currently entertain, especially after the tumultuous events that have engulfed Myanmar and Afghanistan. Myanmar first applied for SAARC membership 13 years ago. Afghanistan became the eighth member of SAARC in 2007. It feels strange that South Asia’s sole forum for collective deliberation has maintained silence over a tumultuous turmoil known to every child.

This column first appeared in the print edition on September 8, 2021 under the title ‘The idea of South Asia’. The writer, a former director of NCERT, is the author of Battle for Peace and Prejudice and Pride: School Histories of the Freedom Struggle in India and Pakistan