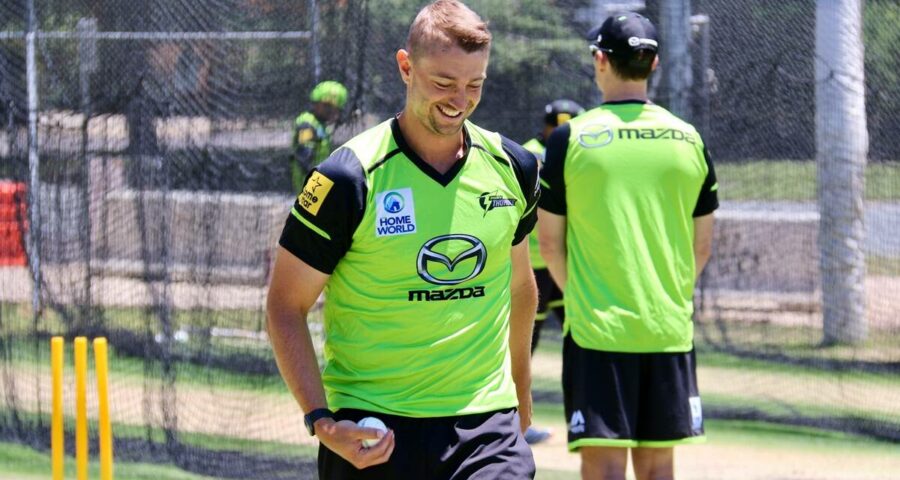 Daniel Sams' Covid-19 report came negative when he first arrived at the team hotel on April 3 but in the second test on April 7, he has tested positive for the virus. Royal Challengers Bangalore (RCB) bowling all-rounder Daniel Sams has tested positive for Covid-19. RCB said that Sams’ Covid-19 report came negative when he first arrived at the team hotel on April 3 but in the second test on April 7 his report came positive. The franchise said that it will continue to monitor Sams’ health as per BCCI’s protocols.

“Daniel Sams checked into the team hotel in Chennai on April 3rd, with a negative COVID report on arrival. His report from the 2nd test on 7th April came positive. Sams is currently asymptomatic and he is currently in isolation at a designated medical facility,” RCB said in an official statement.

Sams was traded from Delhi Capitals to RCB before the IPL 2021 auction. The 28-year-old Australian cricketer is the second player from RCB to test positive for the novel coronavirus. The previous week, RCB’s uncapped opener Devdutt Padikkal’s report came positive. The youngster was asymptomatic and has been in quarantine in his Bengaluru residence since. Both the players will be joining the team once their report comes negative.

On April 6, Mumbai Indians (MI) scout and wicketkeeping consultant Kiran More tested positive for the virus. Like others, the former Indian cricketer is asymptomatic as well. On the same day, two members of Wankhede ground staff and a plumber tested positive too. The previous week 10 ground staff members’ report came positive.

RCB and MI will be going up against each other in the season opener on April 9 at MA Chidambaram Stadium, Chennai. It will be interesting to see who RCB will replace Padikkal with to open alongside skipper Virat Kohli if he is not cleared to play in the first match. On the other hand, Sams was unlikely to be included in the playing eleven with New Zealand fast bowler Kyle Jamieson joining the team.