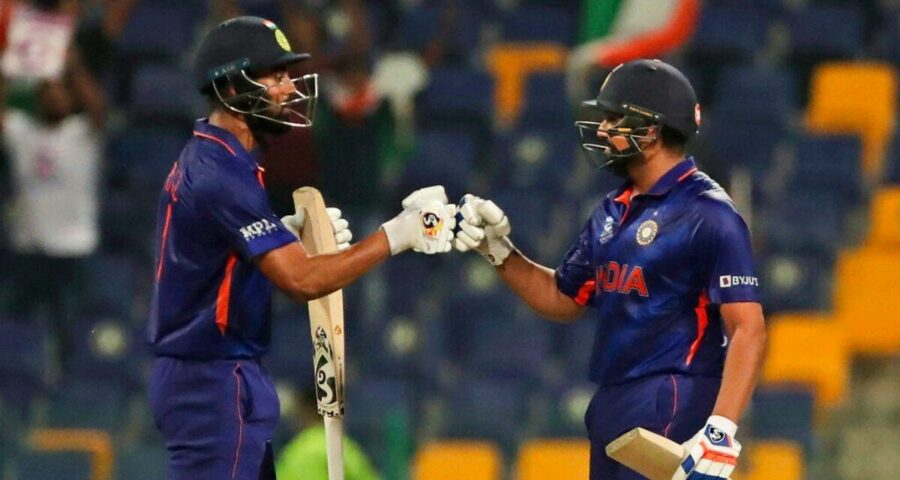 The transition of India’s white-ball squad was made official by the BCCI on Tuesday with the appointment of Rohit Sharma as the team’s new T20I captain and KL Rahul as his deputy. After the ouster from the T20 World Cup, Virat Kohli’s last assignment as T20I captain, a fresh start is being made with three home matches against New Zealand, starting on November 17 in Jaipur. Rahul Dravid will be the new head coach.

The 16-member squad that the national selection committee announced on Tuesday doesn’t have Virat Kohli, Jasprit Bumrah and Ravindra Jadeja, as they have been rested. The Indian Express understands that Hardik Pandya has been dropped on form and due to the question mark over his bowling fitness. A new-look pace bowling group has Bhuvneshwar Kumar as the sole link to the old one, to provide experience. But on a downward spiral, the upcoming series could be the 31-year-old seamer’s last chance saloon.

That Rohit would take charge from Kohli was one of the worst-kept secrets in Indian cricket. Going by his previous stop-gap stints as India’s captain in limited-overs cricket, Rohit’s style of leadership is more akin to MS Dhoni’s than that of his immediate predecessor. Rohit has also led Mumbai Indians to five IPL titles. As this paper has already reported, he is also in line to take over the ODI captaincy in the near future, with Kohli helming the Test team. Indian cricket is not well conversant with split captaincy, save for a brief period when Dhoni had retired from Test cricket but continued for a couple of years as white-ball skipper.

After six months of bubble life, it was expected that a few senior players would cool their heels during the T20I series against New Zealand and apart from Kohli, Bumrah and Jadeja, Mohammed Shami too has been rested for this reason. All of them are expected to return for the two Tests that follow the T20I series.

The team management’s stubbornness over playing Pandya harmed India’s prospects at the T20 World Cup, with the all-rounder in poor batting form – 69 runs in three innings – and looking pedestrian when he rolled his arm over after some rigorous fitness drills at the nets. Pandya failed to justify his captain’s faith in him, putting his selection for the tournament under the scanner.

A poor Indian Premier League followed by a forgettable T20 World Cup was enough for the selectors to drop him, although the BCCI press release didn’t carry any quote from chief selector Chetan Sharma.

The selection committee also sort of acknowledged its mistake in not picking Yuzvendra Chahal for the ICC event by bringing him back to the fold. In Chahal’s absence, India shunned wrist-spin before they played Rahul Chahar in the dead rubber against Namibia. Chahar, who was picked ahead of Chahal for the T20 World Cup for being “quicker through the air”, returned with figures of 0/30 in the only game he played. He will be part of the India A team to South Africa.

Chahal had 18 wickets in the IPL, which proved his effectiveness on UAE pitches. Ahead of India’s final game at the World Cup, when outgoing bowling coach Bharat Arun was asked about the leg-spinner’s non-inclusion, he had said: “I think that is for the selectors to decide. We can only play with the team that has been given to us. And I wouldn’t like to dwell too much on that.”

India started the tournament with two spinners, Jadeja and Varun Chakravarthy. With the former rested for the upcoming assignment, Axar Patel, omitted from the main T20 World Cup squad at the last moment, has been drafted in. Varun wasn’t included in the squad.

By bringing in Avesh Khan and Harshal Patel, the selectors have rewarded their IPL performance. Patel was the highest wicket-taker in the last edition of the tournament with 32 scalps from 15 matches, while Khan was second on the list with 24 wickets from 16 games. The latter was nurtured by Dravid, when he was India U-19 coach. Both would be playing international cricket at the senior level for the first time. Mohammed Siraj has earned a recall.

As for the batting, it has been a meteoric rise for Venkatesh Iyer, from reeling in obscurity five months ago to becoming an IPL star with Kolkata Knight Riders and now getting an India call-up. Iyer’s 370 runs, more importantly, his impact knocks were the catalyst in KKR’s turnaround. Ruturaj Gaikwad made his international debut in Sri Lanka in July. He is in the team again by dint of his 635 runs in the IPL.

The selection committee also picked the India A squad for the South Africa tour from November 23.