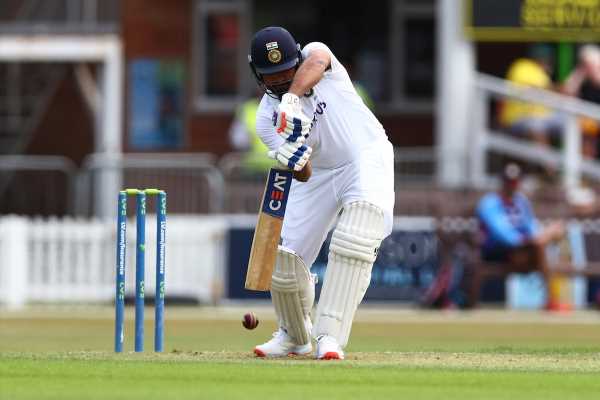 Rohit, who was playing in India’s ongoing four-day warm-up game against Leicestershire, has been moved to quarantine.

The news of Rohit’s positive test was revealed after the third day’s play in the warm-up match. He scored 25 in the first innings and did not bat in the second.

Earlier, Ravichandran Ashwin’s arrival for the upcoming Test was delayed after he tested positive before leaving India.

“#TeamIndia Captain Rohit Sharma has tested positive for COVID-19 following a Rapid Antigen Test (RAT) conducted on Saturday. He is currently in isolation at the team hotel and is under the care of the BCCI Medical Team,” the Board of Control for Cricket in India tweeted.

Subject to recovery, Rohit will lead the team against England in the postponed fifth Test, starting July 1 in Edgbaston.

Named Test captain in February after Virat Kohli resigned, Rohit has already led India’s white ball teams, but is now captain in all three formats of the game.

The 35-year-old batter celebrated 15 years in international cricketer on Friday, but now faces a race against time to be fit for the upcoming Test.

The rescheduled match is part of last year’s five-Test series which had to be cancelled after the fourth Test due to a Covid-19 outbreak in the Indian camp.