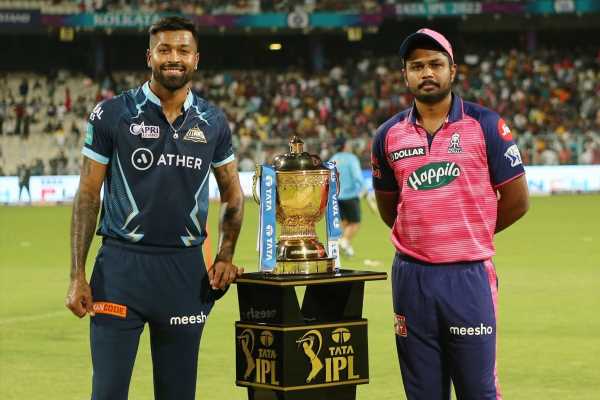 Gujarat Titans will be seeking to cap their dream debut season by winning the title while revenge will be on the minds of the Rajasthan Royals when the teams clash in the final of the Indian Premier League (IPL) on Sunday.

One of the two new franchises to join the T20 competition this season, Gujarat topped the league phase and thrashed Rajasthan in Tuesday’s qualifier to breeze into the final to be played at their home ground in Ahmedabad.

Balance of the team and consistency of their players have moulded the Hardik Pandya-led side into a formidable outfit in the 10-team league.

“It’s really tough to single out players because a lot of the guys have put their hands up throughout the competition and in small moments that have contributed towards a lot of our wins.”

Gujarat did not rely on one or two match-winners, which made it difficult for their rivals to plot strategies, spinner Rashid Khan said.

“We’ve had so many good performances … It’s the contribution of all 11 players which is why we are here,” said the Afghan.

Rajasthan’s batting, in contrast, has relied heavily on Jos Buttler, who is comfortably the leading scorer after a record-equalling four centuries this season.

The Englishman endured a dip in form before the playoffs but scored 89 and 106 not out in his last two outings.

“I can’t remember anyone batting this well in the history of the IPL,” Rajasthan’s director of cricket Kumar Sangakkara said of the in-form opener.

Revenge will not be the only emotion in Rajasthan, who beat Royal Challengers Bangalore in Friday’s second qualifier to make the final.

The Sanju Samson-led squad are keen to win the trophy as a tribute to former captain Shane Warne, who led them to their maiden IPL title in 2008.

“He is such an influential figure,” Buttler said of the Australian spin great who died in March.

“We will miss him dearly, but we know he is looking down on us with a lot of pride today.”