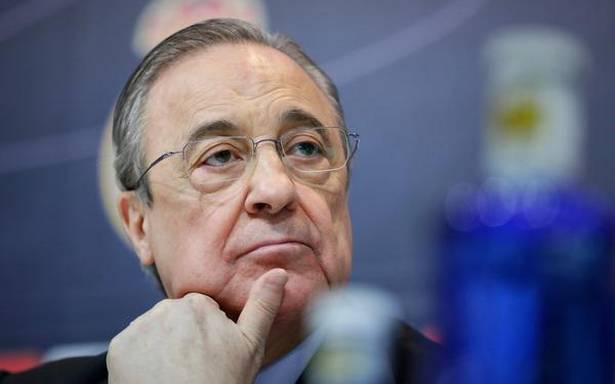 The conversations reportedly took place at the end of Pérez’s first stint as the club’s president, which ended in 2006.

Old audio recordings of Real Madrid president Florentino Pérez privately criticising some of the club’s former players were publicly released as retribution for his involvement in the Super League, he said on Tuesday.

“I understand that the fact that they have been published now, so many years on from the time the conversations took place, owes to my involvement as one of the driving forces behind the Super League,” Pérez said in a statement. “I have placed the matter in the hands of my lawyers, who are examining the course of action to be taken.”

Pérez was one of the masterminds of the Super League, which folded days after being launched following widespread criticism against the competition which would be run by the elite clubs in Europe and would compete against the Champions League. Madrid, Barcelona and Juventus are the three clubs that have not fully given up on the idea of playing the new competition.

The conversations reportedly took place at the end of Pérez’s first stint as the club’s president, which ended in 2006. They had already been published in a book by journalist José Antonio Abellán in 2015.

Pérez said Abellán has been trying to “sell” the “secretly recorded conversations” for many years “without any success.”

“They are isolated quotes that were part of conversations and have been taken out of the wider context in which they were made,” Pérez said.

Abellán reiterated on Tuesday on Twitter that everything published by El Confidencial was already in his book. He said Pérez is trying “to kill the messenger” instead of giving an explanation about his comments.

The newspaper said Pérez also called players in general “very selfish” and that “you can never count on them for anything.”

“I have a horrible view of players,” he reportedly said.

The president had some good words about former players David Beckham and Zinedine Zidane, who recently left as the team’s coach.

Casillas and González played for Madrid in the late 1990s and 2000s, helping the club win several major titles.

They had not yet publicly responded to Pérez’s comments on Tuesday. González is currently the coach of Madrid’s “B” team and had been touted as a possible replacement for Zidane. The former France great quit and had complained about Pérez on his way out.

Zidane was replaced by Carlo Ancelotti after a season in which Madrid ended without a title.