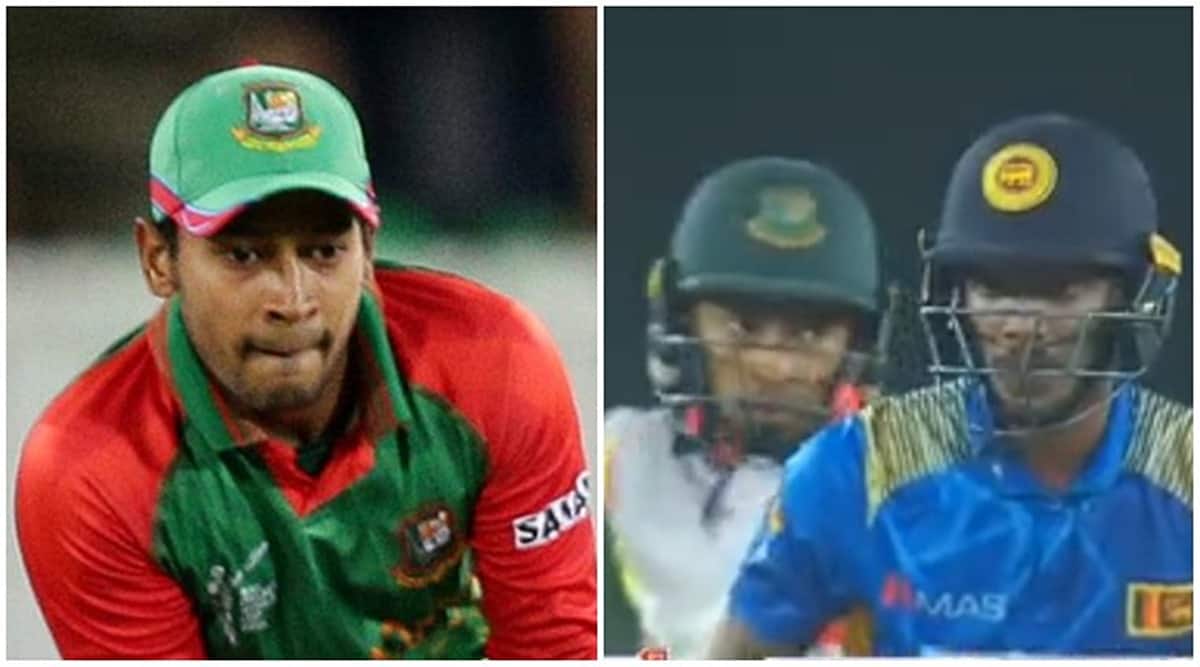 Bangladesh wicketkeeper-batsman Mushfiqur Rahim is in the middle of fresh controversy after he was caught on stump mic asking spinner Mehidy Hasan Miraz to obstruct Sri Lanka’s Pathum Nissanka during the second ODI against Sri Lanka on Tuesday.

Rahim, who scored 125 off 127 balls that helped his team win the match, saw his match-winning effort get overshadowed by the dubious conduct behind the wickets.

“Push him to the ground if he comes in front for a run,” Rahim was heard telling Miraz in his native tongue on the stump mic.

Rahim was named the Player of the Match for his century as Bangladesh won the match by 103 runs through D/L method.

Batting first, Mushfiqur Rahim’s 125 helped the hosts post a total of 246 on the board.

Chasing 247, Sri Lanka suffered a major batting collapse as they could only manage to post 141/9 after 40 overs. Mehidy Hasan and Mustafizur Rahman picked up three wickets each.

Speaking at the post-match presentation, Rahim said, “Contributing from the front was great, but I was disappointed not playing the last 11 balls. Mahmudullah batted well and a couple of guys chipped in, and the bowling effort was special tonight. There are areas we can improve. We need to be fearless, but there’s a fine line between fearless and selective cricket.”

“Hopefully our batsmen take a few notes from this game and come back better next match, because this isn’t the easiest pitch to bat on,” he concluded.