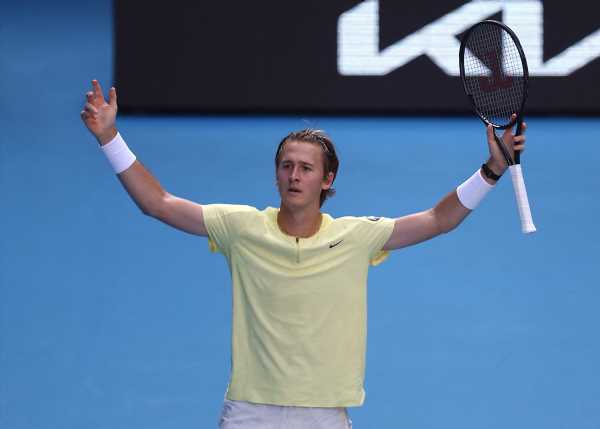 Images from the men’s singles fourth round matches at the Australian Open, on Sunday.

American Sebastian Korda reached the quarter-finals of a Grand Slam for the first time on Sunday after defeating Poland’s Hubert Hurkacz 3-6, 6-3, 6-2, 1-6, 7-6(10-7) at the Australian Open.

Korda, who dumped 2021 and 2022 runner-up Daniil Medvedev out in the third round, got off to a shaky start on Rod Laver Arena against 2021 Wimbledon semi-finalist Hurkacz but the 29th seed bounced back to take the second and third sets.

Hurkacz, seeded 10th, grabbed the fourth set and earned two break-points at 5-5 in the fifth but Korda kept his calm to escape the trouble before they headed into a tie-breaker.

Korda raced to a 7-3 lead in the tie-breaker after winning six consecutive points but Hurkacz came fighting back to level it at 7-7.

Korda did not panic and closed out the victory with a backhand winner after nearly three and a half hours on court. 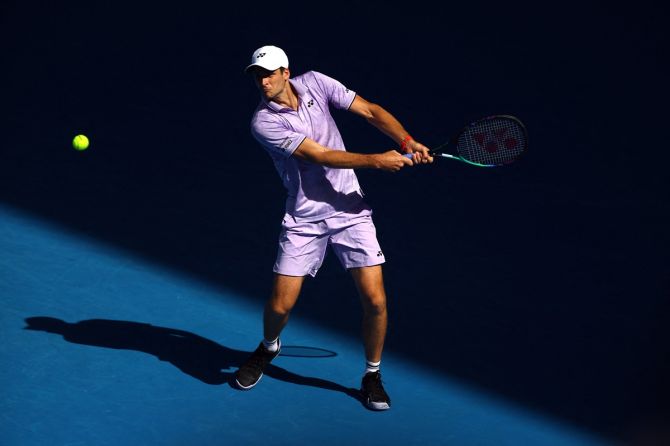 “It feels awesome. I was not feeling too much energy towards the fourth and fifth sets but you guys (the crowd) picked up me,” Korda said in his on-court interview.

“I tried to stay as calm as I possibly could … it was difficult but I am very happy with the way I kind of just stayed down and kept going through. The outcome was great.”

The 22-year-old, who will face Karen Khachanov in the quarter-finals after the Russian knocked out Japan’s Yoshihito Nishioka in straight sets, said he became superstitious in the tie-breaker.

“I got a little superstitious with the towel. The towel got me through it,” he laughed. “Every time I went to the towel I won the point, so I just kept going to it – my new friend.”

Korda is just the third American to reach the quarter-finals at the Australian Open since Andy Roddick last accomplished the feat in 2010. Tennys Sandgren (twice) and Frances Tiafoe have also reached the last eight since.