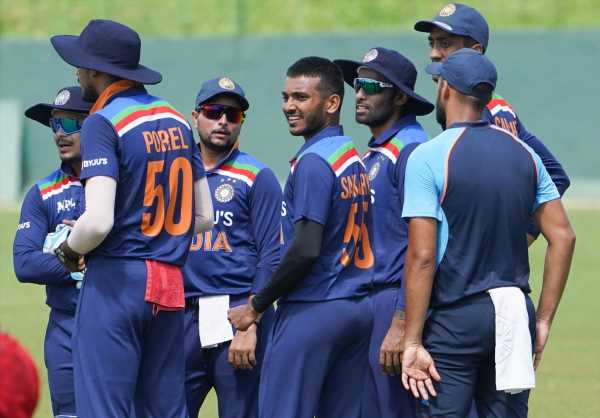 The limited overs series against Sri Lanka is a golden opportunity to test India’s bench strength.

With the Virat Kohli-led Test team currently in England, India decided to send a young squad to Sri Lanka for three ODIs and as many T20Is under the leadership of the experienced Shikhar Dhawan.

The Sri Lanka tour is crucial for the Indian players looking ahead at the T20 World Cup is concerned, with no other T20 international series scheduled for India ahead of the mega event later this year.

Among the batsmen, Dhawan, Prithvi Shaw, Devdutt Padikkal and Suryakumar Yadav will look to stake their claim for a place in the Indian T20 team.

With Dhawan leading the team, it is likely that either Shaw or Padikkal will get a chance in the first ODI. India could also experiment by opening with Shaw and Padikkal opening the batting, while Dhawan comes in at No 3 in the three one-day games.

India boasts of several options in the middle order, including Manish Pandey, Hardik Pandya and Nitish Rana, making the task difficult for Head Coach Rahul Dravid as far as picking the playing XI is concerned.

As they have displayed in the IPL, Shaw and Padikkal are both capable of taking on the best bowlers in the world, while Dhawan continues to be consistent in the limited overs format.

Despite his inability to bowl, Hardik has been a permanent part of the Indian limited overs team in the last year or so, but he is likely to resume his bowling duties in the island nation, keeping an eye on the T20 World Cup.

His brother Krunal also has a good opportunity to replicate his good showing in the IPL in international cricket and put himself in contention.

Wicket-keepers Sanju Samson and Ishan Kishan, both of whom have impressed in the IPL, would like to make most of their chances against the Sri Lankan team.

There is a lot at stake for the bowlers, especially in the spin department. Seasoned leg-spinner Yuzvendra Chahal would be looking to win his place back in the Indian T20 team after getting dropped for the last two T20I games against England in Ahmedabad earlier this year. The leggie last played an ODI in November last year, against Australia in Sydney.

Kuldeep Yadav has fallen out of favour with both the Indian team and in the IPL. A good showing in Sri Lanka would bring the wrist spinner back in contention for the T20 World Cup.

Spinners Rahul Chahar and Varun Chakravarthy, who have been rewarded for their good showing in the IPL, will want to make a mark on the turning tracks.

Vice-captain Bhuvneshwar Kumar will lead the Indian pace attack, having made a good comeback during the limited overs series against England.

Young left-arm pacer Chetan Sakariya, who impressed with his showing for the Rajasthan Royals in IPL 2021, will be the one to watch out for with his ability to bowl with the new ball as well as in the death overs.

Deepak Chahar and Navdeep Saini, both of whom have played for India, have another opportunity to stake their claim for a place in the team.

Should India open with the exciting duo of Shaw and Padikkal?

Who among the spinners should get the nod for the series opener?

Who do you think should be part of India’s playing XI for the first ODI against Sri Lanka in Colombo on July 13?