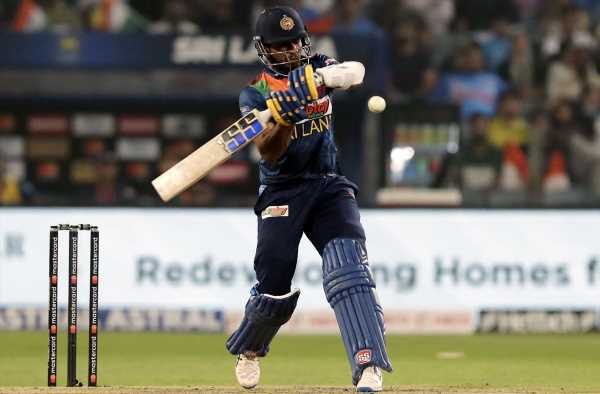 Images from the second T20 International between India and Sri Lanka, at the Maharashtra Cricket Association Stadiumin Pune, on Thursday.

Skipper Dasun Shanaka scored an unbeaten 56 off 22 balls at the tail-end and wicketkeeper Kusal Mendis hit a 31-ball 52 to power Sri Lanka to an imposing 206 for 6 against India in the second T20 International of the three-match series, in Pune, on Thursday.

Electing to bowl, it was a disastrous performance from the Indian bowlers as the Lankan batters went hammer and tongs from the onset. Barring Axar Patel (2/24 from his four overs), all the other Indian bowlers went for runs.

Even though speedster Umar Malik (3/48) picked three wickets, he too was taken to the cleaners, while last match hero Shivam Mavi (0/53) looked a pale shadow of himself.

Arshdeep Singh conceded 19 runs of the second over, which included two back-to-back no-balls that yielded 17 runs — a four and six besides the extra runs as Sri Lanka got off to a flier after being sent in to bat. 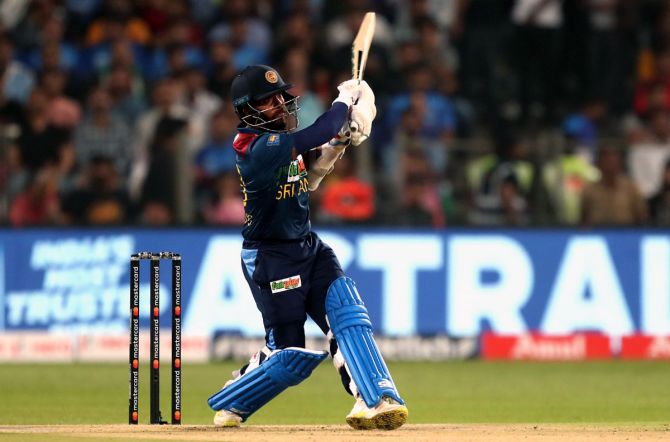 Skipper Hardik Pandya too went for 11 runs in his second over as Mendis top-edged one over deep third man.

Mavi, who picked up four wickets on his T20 debut in the last match, was also taken to the cleaners by Mendis in his opening over, which yielded 15 runs.

The spin duo of Axar and Yuzvendra Chahal (1/30) provided some respite for two overs before Pathum Nisanka (33) struck a four and then a mammoth six over deep midwicket off Patel to maintain the scoring rate.

Malik was introduced into the attack in the eighth over but he too went for 13 runs in his opening over. India’s first breakthrough came in the ninth over when Chahal had Mendis LBW after Hardik went for a successful review.

Sri Lanka suffered their second reverse off the first delivery of the next over when Malik beat Bhanuka Rajapaksa by pace and cleaned up his stumps.

Despite losing two wickets, Sri Lanka reached a healthy 89 at the half-way mark. 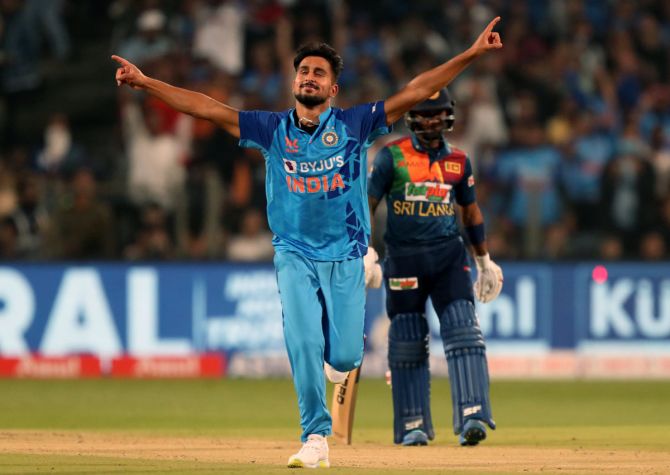 While Mavi had an off day at one end, Axar snared his second victim of the day in his next over in the form of Dhananjaya de Silva, caught by Deepak Hooda at long on.

But Charith Asalanka (37) was in ominous touch as he dispatched Chahal over deep midwicket off consecutive deliveries to keep up Sri Lanka’s run-rate.

Aslanka then pulled a Malik short delivery over deep mid-wicket for another six but three balls later the pacer had the last laugh as he had the batter caught by Shubman Gill at the same position with a similar delivery in his next over. 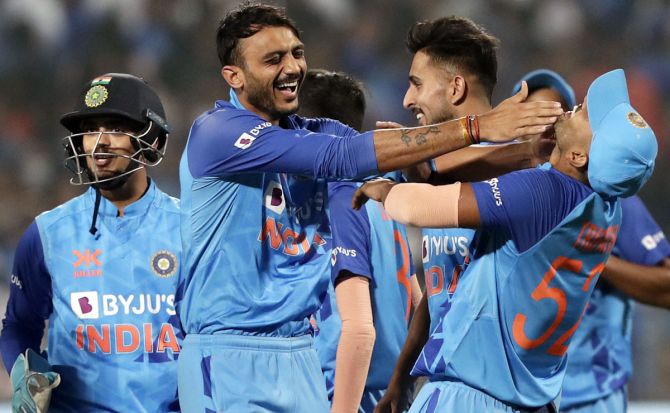 Malik knocked off the timbers off Wanindu Hasaranga with a pacy delivery a ball later to put himself in line for a hat-trick.

But his hopes were dashed as Sri Lanka skipper Shanaka muscled the bowler over his head for a one bounce four.

To add salt to Malik’s wounds, Shanaka top-edged the next ball over fine leg for a six.

It rained fours and sixes after that as Shanaka spared no Indian bowler.