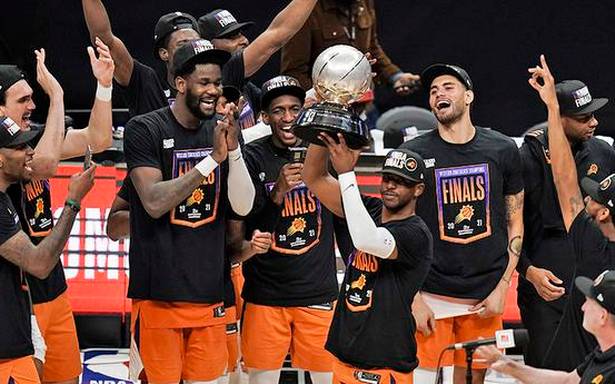 Chris Paul erupted for 41 points to lead Phoenix Suns into the NBA Finals on Wednesday with a series-clinching 130-103 victory over Los Angeles Clippers.

The Suns — who squandered the opportunity to wrap up the Western Conference Finals at home on Monday — rebounded with an emphatic away win, taking the best-of-seven series 4-2.

It is only the third NBA Finals appearance for the Suns, and the first since 1993. The Suns failed to even reach the playoffs for 10 consecutive seasons before the 2020-2021 campaign.

Paul, the 36-year-old, 11-time NBA All-Star, drew on all his experience to get the Suns over the line. Wednesday’s win finally gives Paul the chance to shed his tag as one of the greatest players in NBA history to never win a championship.