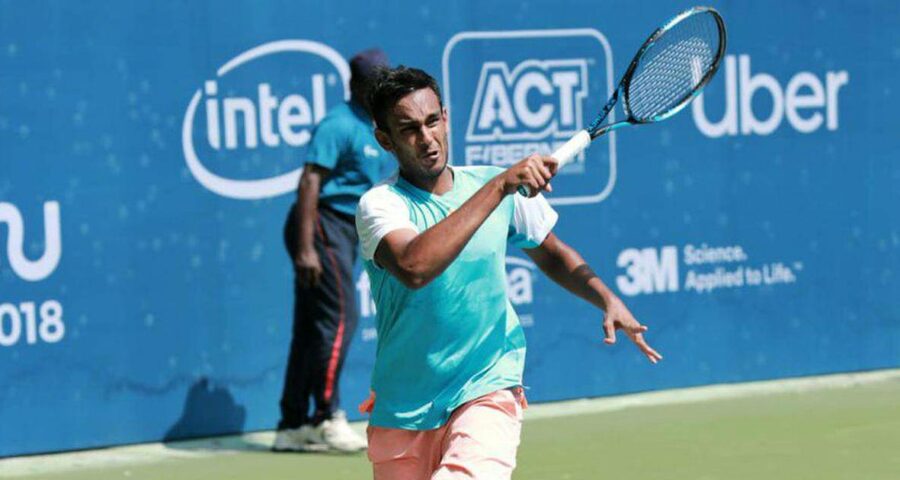 For athletes in general, let alone tennis players, the menacing cloud of Covid-19 has increased the cost of travelling. And for players competing in the lower leagues where prize money is not as rewarding, the added costs have become tedious. A cool GBP 8,500 (INR 8.75 lakh) in prize money is handed over to the player who loses in the first round of Wimbledon’s qualifiers. Two Indians, Prajnesh Gunneswaran and Ankita Raina received that pay-check. The third Indian in the qualifiers managed to get to the third round, and for his efforts Ramkumar Ramanathan got GBP 25,500 (over INR 26 lakh).

The fact remains though that apart from these three, and Sumit Nagal who skipped Wimbledon this year, there aren’t any other Indians ranked high enough to compete in the high-prize money singles events – the Grand Slams being the pinnacle.

To put the prize money into perspective, consider that the first round qualifier gets INR 8.75 lakh. James Duckworth, who won the 2019 ATP Challenger in Pune, won USD 7,200 (INR 5.34 lakh) as prize money.

For athletes in general, let alone tennis players, the menacing cloud of Covid-19 has increased the cost of travelling. And for players competing in the lower leagues where prize money is not as rewarding, the added costs have become tedious.

For the first time since last September, Sasikumar Mukund got to play in the main draw of an ATP Challenger event earlier this month. But he had to shell out around INR 15,000 more than what he would have spent pre-pandemic to purchase the ticket from his base in Vienna to Little Rock, Arkansas in the United States. An expensive journey, though not necessarily because ticket prices have gone up. Instead it’s because cheaper routes have either been stopped or are no longer viable due to travel restrictions.

“Connections have decreased. To get to a certain place, back then you’d have 10 different airlines with the same connection, now you have maybe two,” 24-year-old Mukund says, who paid over INR 50,000 to compete at the two Challengers in the US where he earned around INR 1 lakh.

It isn’t just the price of tickets going up that’s causing the pinch though.

“The main thing now is you’re not making the same money now. The prices have changed by maybe a few thousands, but now you’re not getting that many tournaments to play in,” Mukund, now ranked 319, adds.

Since the pandemic, tournaments around the world have had to cancel. The entire Asian Challenger swing, which is generally a haven for Indian players (particularly the Challengers in Pune, Chennai and Bangalore) due to lower travel costs, took a beating last year, and probably will do this year too.

No play, no pay

The higher levels of tennis have faced prize money cuts – Novak Djokovic received a cheque of 1.4 million Euros for winning the French Open this year compared to the 1.6 million Euros Rafael Nadal pocketed last year. At the lower levels, there hasn’t been a change in prize money, but the reduction in tournaments have made it harder for players to get an entry into the ones that take place – in Europe and the Americas.

And then there are the travel restrictions where a slip-up can cause a great deal of trouble, as Prajnesh found out.

On his way to Nur-Sultan, Kazakhstan from South Africa, via Istanbul, the 31-year-old misread travel requirements – the test needed to be done 72 hours before arrival and not departure. Once in Turkey, he wasn’t allowed to board the flight to Kazakhstan since he missed the cut-off by four hours. Instead he had to fly to Albania, take a test, stay at the hotel overnight, fly to Istanbul, then Minsk (Belarus) and finally Kazakhstan.

“The trip should have cost just a lakh for my wife and I, instead we ended up spending around INR 3 lakh.”

To avoid such a problem Mukund took the expensive trip from Vienna to the US, rather than the cheaper (by about INR 15,000) option from Munich. Additionally, every day spent abroad (for tennis and quarantine) costs around INR 10,000 as per Prajnesh and Mukund’s estimate.

Yet these are the problems facing players who actually managed to go abroad. A host of Indian tennis players are currently ‘stuck’ in India. “I was trying to go for an event in France (WTA 125, Saint-Malo in May). I would have made the doubles cut and might have gotten into the singles qualifying rounds,” says Rutuja Bhosale, ranked 450, who has been grounded in Pune since the second lockdown started in April. “The French government was issuing some kind of a waiver for athletes, but a week before I was expected to leave they said they cannot do that for Indians.”

World No 546 Sidharth Rawat, who tested positive last month for the virus along with his entire family, too has been grounded in India. He had harboured hopes of getting a chance at a series of Challengers in Kazakhstan in June and July. That hope has been dashed as organisers “confirmed that Indians are not allowed to travel to the country.”

Rawat, 28, who has earned a total prize money of USD 72,094 (around INR 53 lakhs) since playing his first ever event in 2011, and just USD 1,476 (almost INR 1.1 lakh) this year, is unsure how long he can pursue the sport. Since the pandemic started last year, he’s been studying towards the Union Public Service Commission (UPSC) – civil services. The examinations were scheduled for June, but have now been postponed to October.

“(If I pass) I’ll have to look at how the tennis is going. If I’m improving or if things aren’t getting better,” Rawat says. “For all my heart, I want tennis to work. I want to play more.”