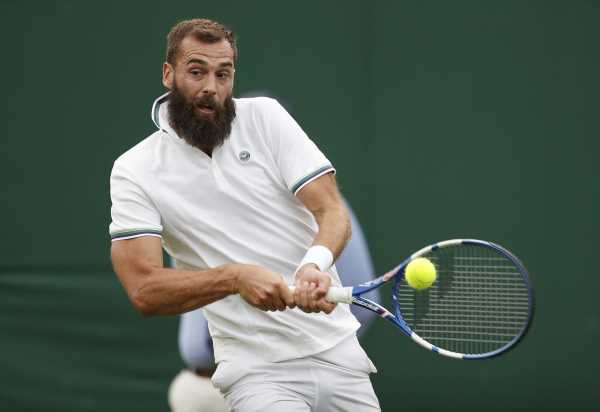 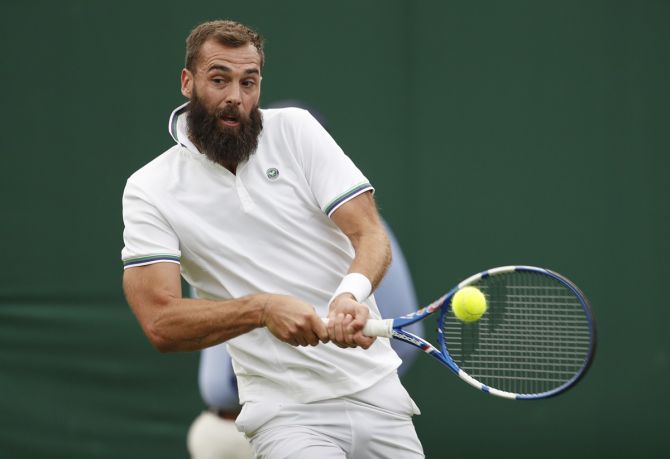 Benoit Paire was warned for lack of effort and heckled by the crowd during a 6-3, 6-4, 6-0 first-round defeat by Argentine Diego Schwartzman at Wimbledon on Tuesday.

The bearded Frenchman showed no appetite to engage in a desultory final set against the ninth seed, swatting the ball away and rattling through his serves like a man in a hurry to catch a plane.

With the score at 5-0 and 30-0, Paire was handed a code violation by umpire Mohamed Lahyani for unsporting conduct — triggering a heated response.

“Call the physio, I have pain,” he declared as he went to his chair.

The umpire was unmoved: “You cannot play like this. I’m not going to call the physio for this. You have to show more sportsmanship.”

Paire hit back by asking how many forehands he had put in the net in the first two sets. The umpire reminded him that he had to try to do his best.

One member of the crowd on Court Two shouted “You’re wasting everybody’s time”.

The match over, Paire gathered his things and walked off the court.

“I do not care about the people,” he told reporters in response to the heckling. “I play for me and that is it. I do not play for people.”

The 32-year-old Frenchman is no stranger to controversy on court.

In April the French federation barred him from the Tokyo Olympics following repeated instances of “deeply inappropriate behaviour”.

He was kicked out of the 2016 Rio Olympics by the French delegation for spending too much time away from the athletes’ village.

Paire has also said that playing tennis was not his priority and he was content to go from event to event, losing in the first round but earning money.