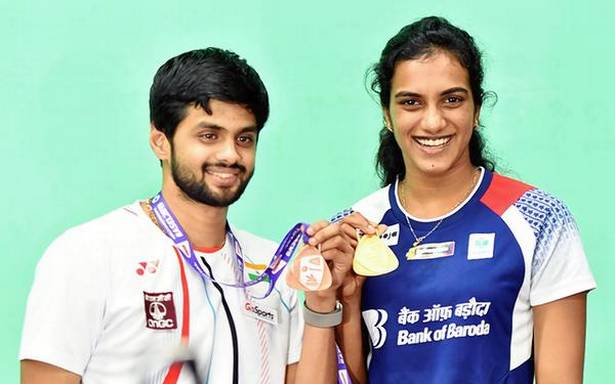 Rio Olympics silver medallist P.V. Sindhu believes that she has a good draw but at the same time it will be tough competition with every point being crucial in the Tokyo Olympics.

“It’s a good draw in the group stage. The Hong Kong girl plays well and it’ll be a good match. Everybody is going to be in top form, I hope I do well. Every match is important so I will take it match by match. This is the Olympics and it is not going to be easy. Each point is very important,” said the champion shuttler.

For his part, World championship bronze medallist B. Sai Praneeth said it was a mixed draw, not so tough and not so good. “I have to be 100% to win all matches and it will be a good match for me.”

Sindhu and Praneeth may square off against Japanese shuttlers — World championship bronze medallist Akane Yamaguchi and World No. 1 and two-time World champion Kento Momota respectively in the quarterfinal stage.

India’s doubles coach Mathias Boe is hopeful of getting good results. “It’s a very even group which means even if you lose a match, you are still in the game because nobody knows what will happen,” said the Dane.

“We’ll focus on preparing as much as possible in the last few weeks. We will attack on the court and hopefully, we will get good results. I am positive, it’s a good challenge for us,” said Boe.

BAI general secretary Ajay Singhania said the roadmap was drawn and would give the Indians time to work specifically on the opponents and get prepared before they leave for Tokyo. “I wish the entire contingent all the best,” he said.