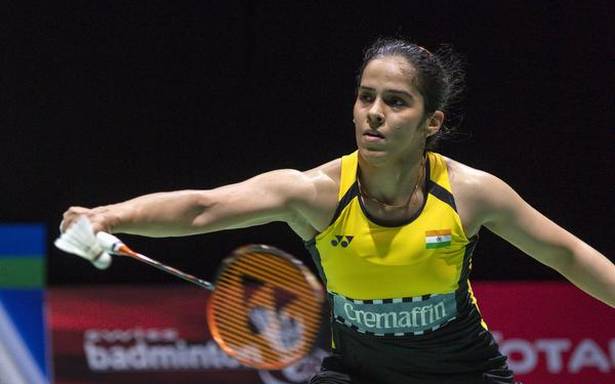 Nearly 10 months after COVID-19 disrupted the international calendar, star Indian shuttlers P.V. Sindhu and Saina Nehwal will return to competitive action in the Yonex Thailand Open Super 1000 tournament starting on Tuesday, an event shorn of some sheen due to Japan and China’s pullout from the Asia leg.

While Sindhu has been training in London for the last two months and will be keen to find her rhythm quickly, Saina was down with COVID-19 and has recently recovered. She will look to test her fitness as badminton returns in a bio-secure bubble.

Both didn’t participate in Denmark Open Super 750 and SaarLorLux Super 100 — the only two events which could be conducted after BWF was forced to suspend the calender at the end of the All England Championships in March.

One factor that will boost the chances of Indians is the absence of Japanese and Chinese shuttlers.

World champion Sindhu, the sixth seed, will open against Denmark’s Mia Blichfeldt, while Saina will take on unheralded Malaysian Kisona Selvaduray in the first round.

Sindhu has a 3-0 record against Blichfeldt. A victory is likely to pit Sindhu against another Danish player Line Hojmark Kjaersfeldt, whom she has also beaten thrice.