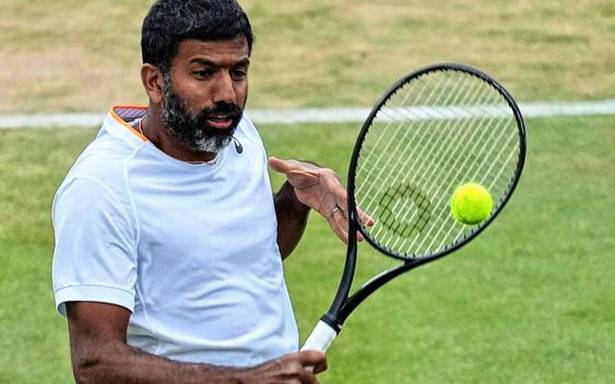 Bopanna was hoping for a doubles entry alongside Sumit Nagal

Former World No. 3 doubles star Rohan Bopanna scotched hopes of a possible doubles entry for him, with Sumit Nagal, at the Tokyo Olympics.

Even though he got his RT-PCR tests done twice over the weekend, for a possible dash to Tokyo, Bopanna received clarification from the International Tennis Federation (ITF) that there was no scope for changing any entry, after the June 22 deadline.

Bopanna said the organisers would fill any fresh vacancies only with players present in Japan. The doors are closed for outsiders now.

“The AITA may have sought a change of doubles pairing. But the rules don’t allow such a thing. Only injury or illness could be the reason for seeking a replacement to the nominations,” said Bopanna.

With the ITF having tweaked its rules for doubles, it was presumed that since India already had a singles entry it could open the way for a doubles team, and, perhaps, even a mixed doubles entry.

In a tough season, Bopanna and Divij were unable to improve their doubles ranking above 38 and 75 respectively, by the deadline. Incidentally, some teams ranked higher than the Indian pair have also not gained entry.