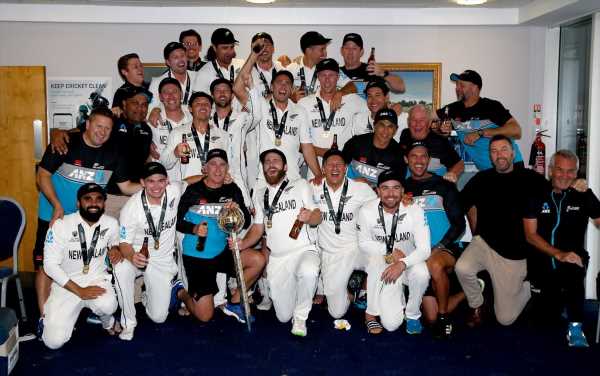 Former cricketers lauded New Zealand after they beat India by eight wickets to lift the inaugural World Test Championship title at the Ageas Bowl in Southampton on Wednesday.

The legendary Sachin Tendulkar led the way as members from the cricket fraternity took to social media to congratulate New Zealand. ‘Congrats @BLACKCAPS on winning the #WTC21. You were the superior team. #TeamIndia will be disappointed with their performance. As I had mentioned the first 10 overs will be crucial & Flag of India lost both Kohli & Pujara in the space of 10 balls & that put a lot of pressure on the team,’ tweeted Tendulkar. 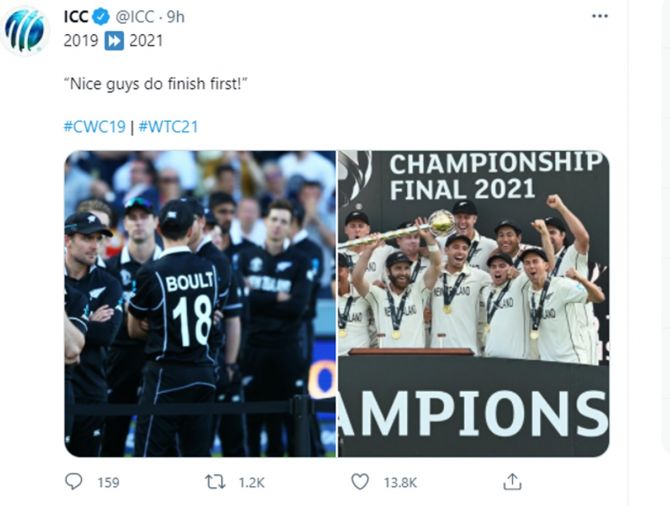 Virender Sehwag praised Kane Williamson and Ross Taylor for their match-winning partnership. ‘Missed being 50-over champions 2 years ago in the same country, but winning the inaugural World test Championship in style, many congratulations @BLACKCAPS , absolutely worthy champions. Happy for Kane Williamson and @RossLTaylor #INDvNZ’, he tweeted.

Former New Zealand captain Brendon McCullum took to Twitter to pass on his wishes to Kane Williamson and his team. ‘To Kane and all of the boys, We love you,’ Brendon tweeted.

Wasim Jaffer tweeted: ‘Really happy for the @BLACKCAPS. They stayed on top throughout the game. Their bowlers were outstanding especially Kyle Jamieson! Well fought to @imVkohli and his men too, it was an engrossing battle. NZ continues to be the bogey team for India at ICC events.. #WTCFinal’

V V S Laxman tweeted: ‘Congratulations @BLACKCAPS on being deserving champions. NZ bowlers were terrific, Williamson & Taylor brought in their experience to finish the job. Indian batsman will rue not playing to potential in 2nd innings, but India can be proud of the way they played the WTC cycle #IndvNZ.’