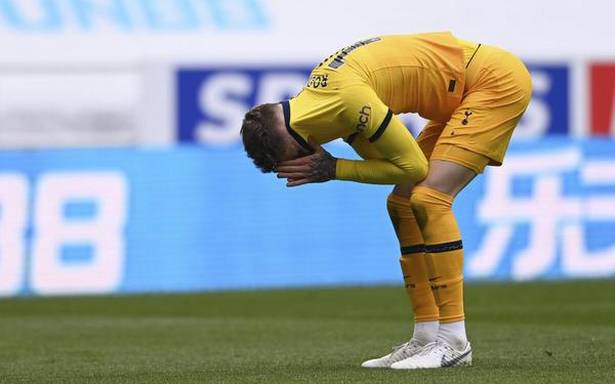 Tottenham Hotspur missed an opportunity to move provisionally up to fourth in the Premier League standings after Newcastle United held the north London side to a 2-2 draw at St James’ Park on Sunday.

Newcastle took the lead just before the half-hour mark when sustained pressure high up the pitch allowed them to win the ball back and Sean Longstaff found Joelinton in space at the far post for the Brazilian to fire home.

However, the home side’s lead lasted barely 90 seconds when Spurs hit back as Harry Kane capitalised on a ricochet from Giovani Lo Celso’s pass and tapped into an empty net.

Kane doubled the lead four minutes later when he peeled off his marker to receive Tanguy Ndombele’s through ball before pulling the trigger with a low, angled shot past Martin Dubravka to find the far corner of the net.

Newcastle took the initiative in the second half and were finally rewarded for their perseverance late in the game when Arsenal loanee Joe Willock pounced on a rebound at the back post after Spurs failed to clear Joelinton’s header.

The result leaves Spurs in fifth place with 49 points, two points behind fourth-placed Chelsea, but West Ham United can go above their London rivals if they beat Wolverhampton Wanderers on Monday.