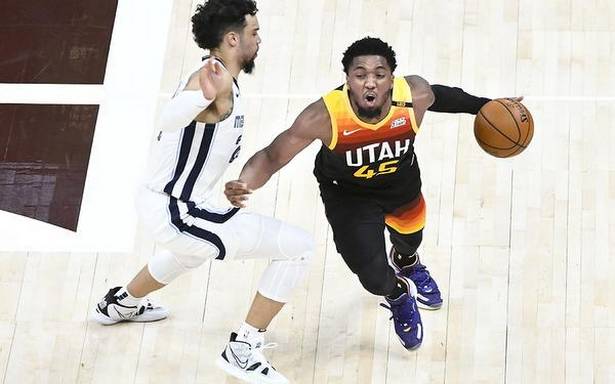 Donovan Mitchell returned to lead a balanced attack that overpowered a career-best, 47-point performance by Ja Morant and allowed Utah Jazz to even its Western Conference playoff series against Memphis Grizzlies with a 141-129 victory on in Salt Lake City.

Mitchell, who finished with a team-high 25 points, bombed in five 3-pointers in 10 tries. Teammates Mike Conley and Joe Ingles buried three apiece as the top-seeded Jazz, who led the NBA in the regular season in both most 3-pointers made and fewest allowed, dominated the eighth-seeded Grizzlies from beyond the arc to offset an upset loss in the series opener.

Derrick Rose scored 26 points off the bench to lift host New York Knicks to a 101-92 victory over Atlanta Hawks to even the series at 1-1.

Trae Young, who scored 30 points for the Hawks,was serenaded with boos every time he touched the ball. The Madison Square Garden faithful’s response was a result of Young putting his fingers to his lips to silence the crowd following Atlanta’s victory in the series opener.