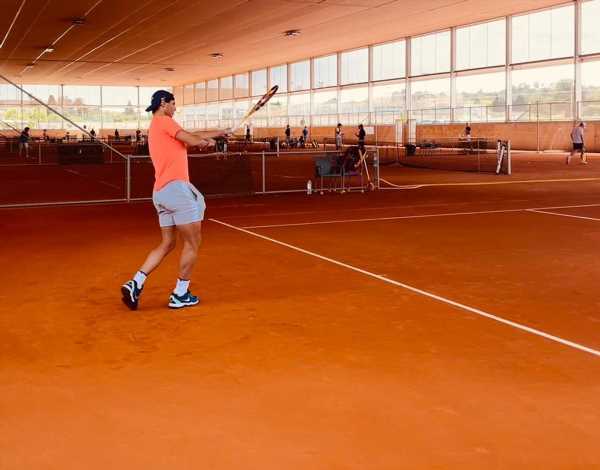 Australian Open champion Rafael Nadal resumed training on Monday after four weeks out due a stress fracture in his rib, a month out from the French Open where the Spaniard will bid for a record-extending 14th title.

Nadal, 35, last played in the final of Indian Wells against Taylor Fritz on March 22, falling to a straight-sets defeat. The injury forced him to skip claycourt tournaments in Monte Carlo and Barcelona.

“Today after 4 weeks without stepping on a tennis court, first soft training,” Nadal said on Twitter, alongside pictures of him practising on clay.

The 21-times major winner could feature in ATP Masters 1000 events in Madrid and Rome before the French Open, which gets underway on May 22.