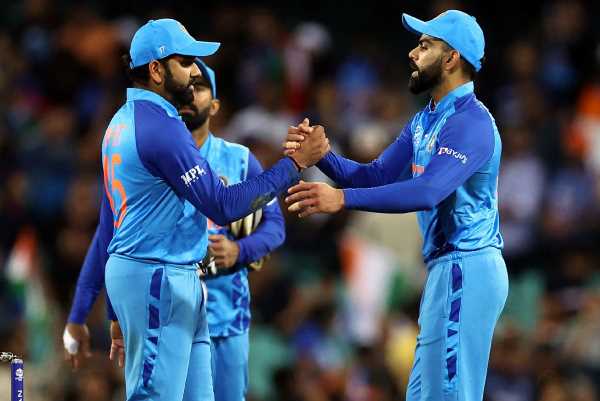 Having started the T20 World Cup with two wins in a row in Melbourne and Sydney in eastern Australia, the Indian team flew across the Australian continent to Perth in Western Australia where they will play South Africa at the WACA on Sunday, October 30.

While India will be keen to continue their winning run, they are aware that losing to South Africa won’t affect their chances of making it to the semis, which could take some pressure off the Men in Blue.

The nail-biting victory against Pakistan in their opening game has set the tone for the Indians, who despite the initial sluggish batting against the Dutch registered an emphatic 56 run victory on Thursday.

India’s only worry at the moment is opener K L Rahul who fell cheaply against both Pakistan and The Netherlands. Rahul came into the T20 World Cup on the back of successive half-centuries in the practice games, but has scored just 13 runs in the first two games.

While India may retain their winning combination against South Africa, they could consider an interesting tweak by bringing in Rishabh Pant for the out-of-form Rahul to open the innings.

If he gets going, Pant could make most of the Powerplay and take the pressure off the middle order. His inclusion also provides much-needed variety in the Indian batting line-up comprising of all right-handers in the top six.

South Africa’s pace attack — Kagiso Rabada, Anrich Nortje and Lungi Ngidi or Marco Jansen — will prove a handful on the bouncy pitch in Perth, but Pant has prior experience playing Rabada and Nortje in the nets at his franchise, the Delhi Capitals.

With all the bowlers performing to expectation against the Dutch, India could field the same bowling attack against South Africa.

Leg-spinner Yuzvendra Chahal is, of course, an option, given that the South Africans are poor players of wrist spin.

But Chahal may have to bid his time since the experienced Ravichandran Ashwin has kept things tight in the middle overs while Axar Patel provides some options with the bat.

Who do you think should be part of India’s playing for their T20 World Cup match against South Africa on Sunday?

Please select your team from the list below and do post your playing XI in the message board below: