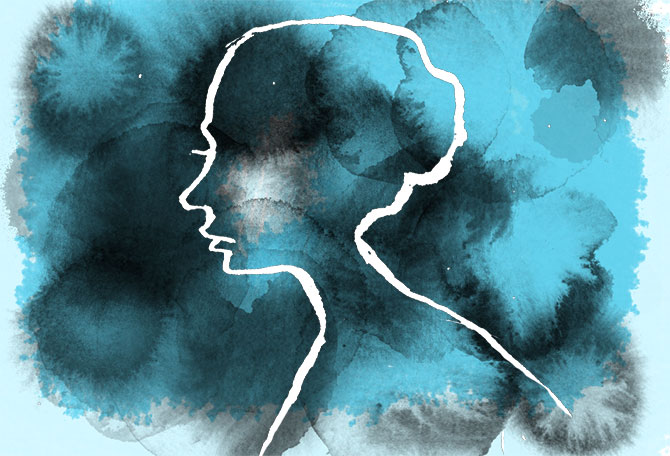 ‘These girls are sold to brothels because their parents are unable to repay their loans to money-lenders.’

A two-year-old case of girls being sold off to repay their parents’s loans has come back to haunt the authorities in Rajasthan’s Bhilwara district after two of the girls spoke to the local media about their plight.

In 2019, seven girls were rescued and 25 people were arrested and chargesheeted in the case involving the auction of girls to pay off loans.

Of the seven, five girls were reunited with their parents and two of them were sent to women social welfare organisations as they could not remember their parents’ names and addresses.

When local media reported the ordeal of the two girls who were unable to trace their parents even after two years, the case was given a fresh lease of life.

The girls were sold as ‘repayment’ for loans as their parents could not repay the money-lenders.

“The racket spreads from Rajasthan to Delhi where these girls are sold to brothels because their parents are unable to repay their loans to money-lenders,” a social worker active in Bhilwara district, tells Syed Firdaus Ashraf/Rediff.com, speaking on condition that she would not be identified by name in this report.

“It has happened in the past and I am sure it is happening even now, but the government is just brushing these allegations under the carpet, fearing controversy, and stating that it is old news,” she adds.

National Commission for Women Chairperson Rekha Sharma says such activity is not restricted to Bhilwara alone, but has also been found in Sawai Madhopur, another district in Rajasthan.”

‘Girls are being kidnapped, brought to Jaipur and passed off as their own,’ Sharma told the ANI news agency, demanding that a Special Investigation Team be constituted as the cases are interconnected.

“This practice of selling girls is not seen now on the field. And whenever we come to know about such cases we take it seriously to its logical conclusion,” says Bhilwara District Collector Ashish Modi.

“In the case of parents selling girls which has been highlighted in the media after two years, we have already arrested 25 people,” Modi adds.

The Rajasthan government had launched Operation Gudiya in Bhilwara in 2019 to flush out criminal elements in society who were involved in such activities, but activists believe that more needs to be done.

“There cannot be smoke without fire,” says the afore-quoted social worker. “Though this case must be two years old, there is no denying that the government will find something more if they investigate this case thoroughly.”