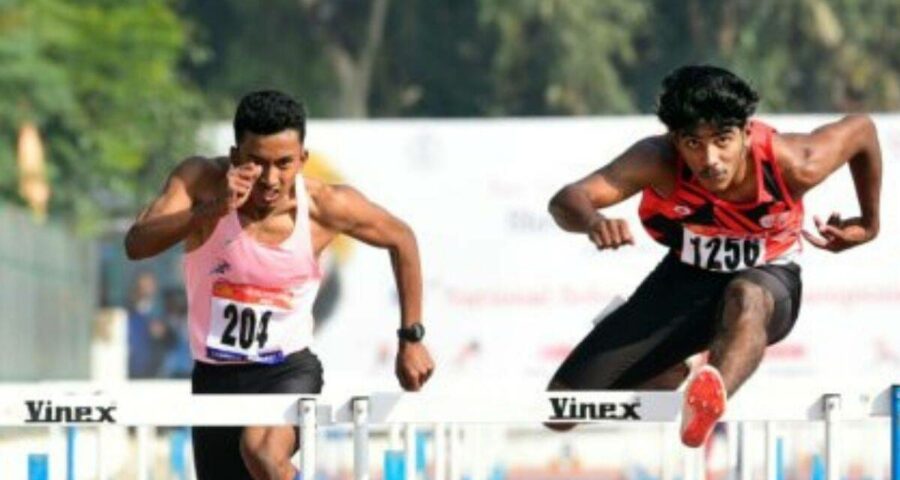 Hanan, running with borrowed spikes in the South Zone Junior Athletics Championship at the Calicut University stadium on February 26, clocked 13.80s while winning the 110m hurdles gold in the boys’ under-18 category. 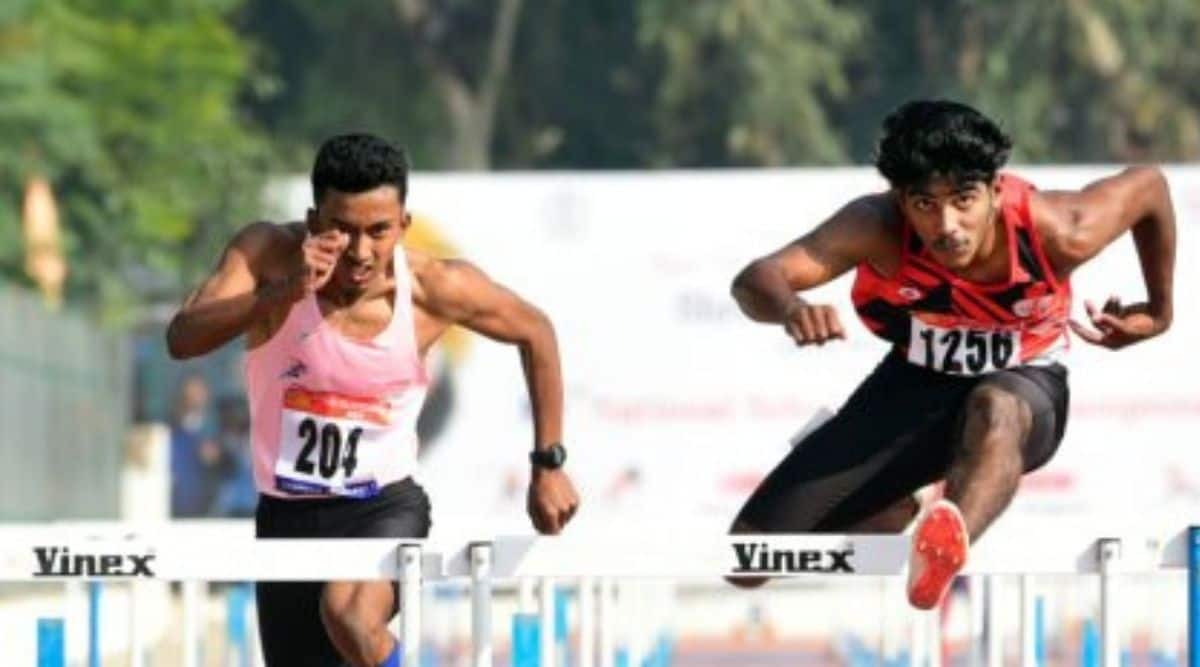 It is yet to sink in for Muhammed Hanan V. The 17-year-old Malappuram lad has suddenly become the toast of Tirur town by entering the world rankings released by World Athletics this month.

Hanan, running with borrowed spikes in the South Zone Junior Athletics Championship at the Calicut University stadium on February 26, clocked 13.80s while winning the 110m hurdles gold in the boys’ under-18 category.

That timing is currently third-best in the world as per the latest world ranking. What is remarkable is that Hanan hardly has any training on the synthetic track. He trains mostly on the tiled footpath and in the bylanes of where his modest house Vellachailil is situated in Tirur. And once in a while he trains on the nearby beach.

“It’s Ramadan. So I get more time to sleep and I was dreaming of competing in the Olympics. The feeling is yet to sink and I can hardly believe that I’m in the top three of World rankings,” Hanan told indianexpress.com on Wednesday. Russian athletes took the first two spots while a German and Jamaican completed the top five. Sarthak Sadashiv and Shubam Singh are the two Indians who figure in the World rankings at 37th and 52nd places.

Although it is the season ending World rankings that makes it worth it, an Indian athlete taking a world No.3 is rare. “For Hanan it is not a small feat. If he maintains the ranking or better the position then it will be really big. These are early days of the season but one cannot deny him the credit for reaching World No.3 even if it is for some time,” cautioned Ram Muralikrishnan, renowned athletics statistician. 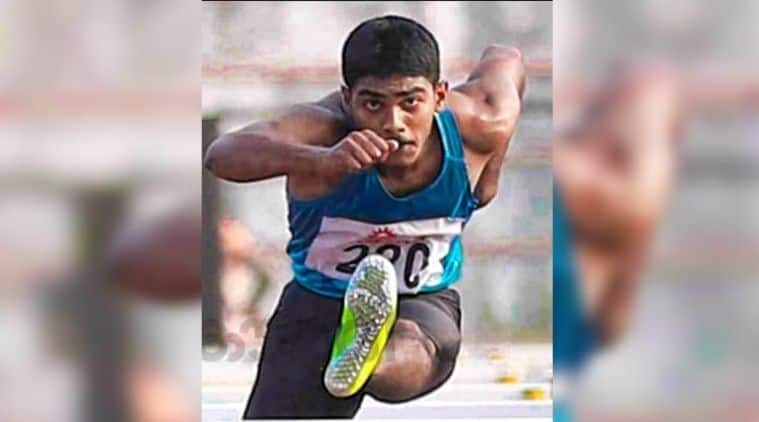 The third son of Kareem V, who works as a house driver in Abu Dhabi, and homemaker Noorjehan, Hanan is being trained by Harshad, his elder brother who is doing MPeD at MG University, Kottayam.

Hanan and his second brother Muhammed Ashik, a 400m hurdler and a medallist in state meets, train together with a couple of other boys from their locality.

“I really hope that Hanan will make it and bring India an Olympic medal. With this kind of ranking now I’m sure he will make it to the Olympic podium if he is directed and supported well,” said Harshad.

In January, he competed in the National junior meet held in Guwahati where he emerged champion. The Plus-2 student of Devadhar Govt. Higher Secondary School, Tanur was offered a job at the Madras Regimental Centre, Wellington and he is likely to join duty as havildar once he completes the state board exam which has been postponed due the second wave of Covid-19.

“At 18, a job with MRC will surely help me secure my fledgling athletics career. I hope with the current support including that of my brother and personal physician Dr Reguprasad and Dhirkayush Fitness centre which allows me to do indoor exercises in their gym,” said Hanan who wrested record gold after a gap of two years in state meet also held in mid-February this year at the same venue.