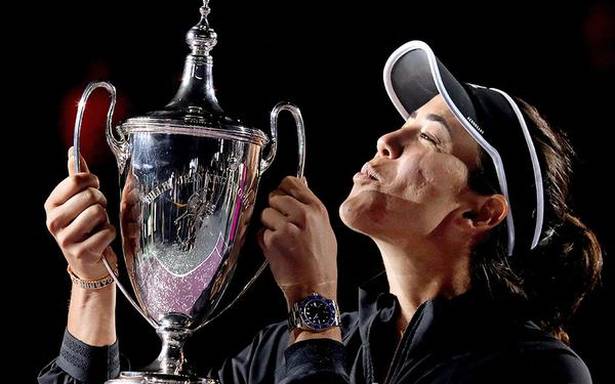 Muguruza, winner of the 2016 French Open and 2017 Wimbledon titles, capped a 2021 campaign that saw her return to the highest level with titles in Dubai and Chicago after three years outside the top 10.

The 28-year-old is projected to end the year at number three in the world.

“I’m just very happy I proved to myself once again I can be the best, I can be the maestra, like how we say in Spanish,” she said.

Arantxa Sanchez-Vicario was the only other Spanish player to reach the WTA Finals championship match, falling to German great Steffi Graf in 1993 at Madison Square Garden in New York.

The event was moved to Guadalajara from Shenzhen, China, because of the coronavirus pandemic, and Muguruza — who won back-to-back titles in Monterrey in 2018 and 2019 — was a favourite of Mexican fans.

The doubles title went to the Czech duo of Barbora Krejcikova and Katerina Siniakova, who beat Hsieh Su-Wei of Taiwan and Elise Mertens of Belgium 6-3, 6-4.

The Czechs finished the tournament unbeaten to claim their fifth title of 2021 — a haul that included their third career Grand Slam doubles title at Roland Garros and an Olympic gold medal in Tokyo.