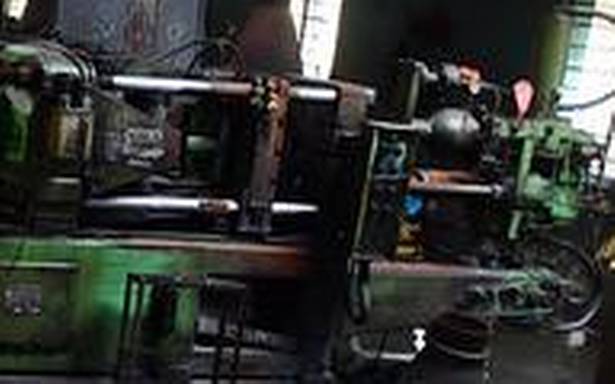 Over 500 micro, small and medium enterprises across Tamil Nadu suffered plant and equipment damage and huge production losses in the rain and floods last week. Many industrial estates are yet to ascertain the damage.

According to estimates, nearly 350 units suffered plant and equipment damage. Production loss of ₹50 crore per day is estimated at the Ambattur Industrial Estate, Chennai.

A.N. Gireeshan, president, Ambattur Industrial Estate Manufacturers Association, said the main issue was the floodwater from the Avadi and Ambattur lakes upstream flowing into the estate. The water would have reached the Korattur lake, but its entry has been blocked for over four years by the PWD on the orders of the National Green Tribunal. The State and Union Governments should help to sort out the issues. “The PWD should construct a cut-and-cover canal right from the exit point of the Ambattur lake through the northern side of the estate, parallel to the rail line, to ensure that the floodwater drains into the Korattur lake. The Railway Ministry should build an underpass from the southern side of the rail track to the northern side.”

Around 75 units suffered damage at the Kakkalur Industrial Estate. Its association secretary K. Baskaran said the estate had several issues of infrastructure and the storm-water drain had to be streamlined. “We have shared all the details with government officials who have visited us.”

Heads of some other industrial estates said Minister for Small Industries T.M. Anbarasan and officials inspected the estates and asked the unit-holders to list their concerns. “Officials visit industrial estates during such a crisis but there is no progress thereafter. They should have rectified the problems immediately after the 2015 floods [in Chennai],” said the owner of a small unit at Guindy, one of the oldest estates in the country. “MSMEs in Tamil Nadu supply raw material to some of the biggest companies and multi-national firms. So the State Government should do a study of all the estates and come out with a plan for proper infrastructure without further delay,” he said.

“The floodwater has entered most of the units and reached the machineries of 30%-40 % of the units, but has not affected their functioning.” The absence of a large number of employees and supervisory workers hampered production. The loss might be ₹10 crore-₹15 crore, he said.

V.K. Girish Pandian, president of IEMA Guindy, said the unit-holders had not given details of the losses, but production was impacted by power cuts. “Fortunately, SIDCO cleaned the storm-water drainage network one month ago. So the rainwater stagnated on the roads and receded fast,” he said.

SIDCO is now planning to hand over the maintenance to IEMA, and the preliminary work is under way.