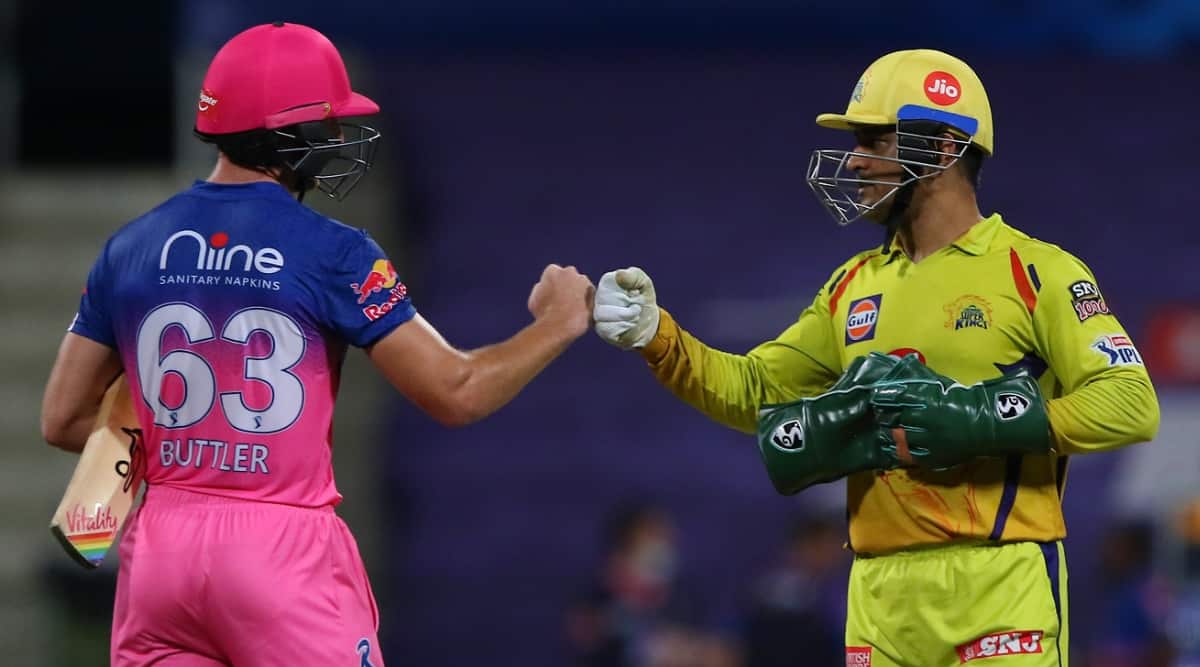 In the ongoing IPL, four out of eight franchises will be captained by wicket-keepers and Buttler feels the credit should go to Dhoni for setting the trend.

Besides Dhoni, who has been Chennai Super Kings’ skipper since the inaugural edition in 2008, three more glovesmen — KL Rahul (Punjab Kings), Sanju Samson (Rajasthan Royals) and Rishabh Pant (Delhi Capitals) will lead their respective sides in the ongoing IPL.

“I am sure MSD (Dhoni) has something to do with the sixth sense and breeding of wicketkeepers who can captain. He obviously has been a fantastic captain and there are lots of players who want to follow his footsteps,” Buttler told PTI Bhasha in an exclusive interview.

Buttler himself a wicketkeeper, feels stumpers enjoy an advantage as captains as they get a 360 degree view of the proceedings.

“I think a wicketkeeper has a brilliant view of the game. That can add to your decision making as you can see first-hand how the wicket is behaving and the way bowlers are bowling,” he said.

The 30-year-old Englishman expects Samson to deliver the goods as skipper and termed compatriot Ben Stokes as the X-factor for Rajasthan.

“We have lots of variety in the team this season with some world-class all rounders like Ben Stokes and Chris Morris and a new captain. Sanju (Samson) is very exciting player and has a long affiliation with the franchise. He is a very calm person and likes to have fun. I am sure he would try and get across that to the team. There will be a lot of passion in his leadership.

“I strongly believe Ben Stokes will be the X-factor for our team in this season,” said Buttler, who has played 50 Tests, 148 ODIs and 79 T20 matches for England.

The presence a legend like Kumar Sangakkara as the team’s Director of Cricket will be beneficial for RR, said the cricketer.

“He (Sangakkara) is a legend and has so much knowledge to share. He has vast experience of international cricket and has played the IPL too. He knows what to expect and it’s a big plus for everyone to have him around,” said Buttler.

Buttler, who captained England in the final two ODIs of the three-match series in India recently in the absence of an injured regular skipper Eoin Morgan, said that outing was a valuable learning experience for him.

“Playing against India in India is always the biggest challenge for England team. I mean playing against the best players and getting used to the conditions.

“Playing against some young Indian players was a great experience. I have enjoyed playing and captaining against India. I have learnt a lot about myself from that experience,” he said.

Ever since international cricket resumed, the players have been forced to stay in bio-bubbles to avoid contracting the deadly coronavirus, making it extremely difficult for players to stay fresh and motivated.

With India witnessing an exponential surge in COVID-19 cases, the ongoing IPL is also being held behind closed doors.

“Playing without fans and living continuously in bio-bubbles is difficult. You have to learn to live without the energy that the crowd brings to the stadiums in IPL,” Buttler said.

“Pressure and excitement is still there but they are not visible. Certain times you have to raise your energy and intensity, which the crowd used to generate earlier.”

Rajasthan Royals will open their IPL campaign against Punjab Kings in Mumbai on Monday.