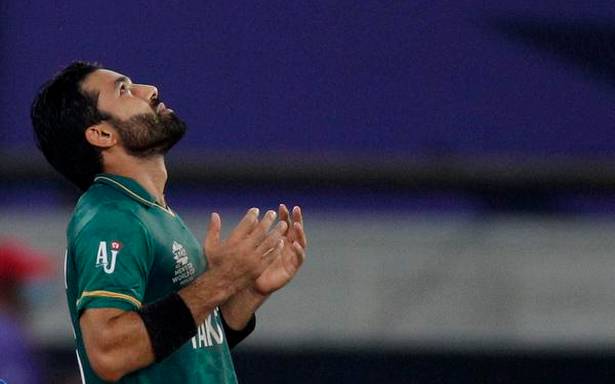 The Pakistan wicketkeeper was down with a lung condition

Battling lung infection a day before the T20 World Cup semifinal, Pakistan opener Mohammad Rizwan came out of hospital like a "warrior" to score his third fifty of the tournament, albeit in a losing cause against Australia in the second semifinal here on Thursday.

Ahead of the match there were concerns about Rizwan’s availability for the match as he was down with flu, and Pakistan batting consultant Matthew Hayden later confirmed that the wicketkeeper batter, in fact, had to be hospitalised for a night due to a "lung condition".

"Mohammad Rizwan was in hospital a night ago suffering with some sort of lung condition. This is a warrior. He’s been brilliant through the campaign and he has great courage," Hayden said.

Pakistan’s unbeaten run in the tournament finally came to an end on Thursday when Australia defeated them by five wickets to enter the final of the tournament. They will take on New Zealand on Sunday.