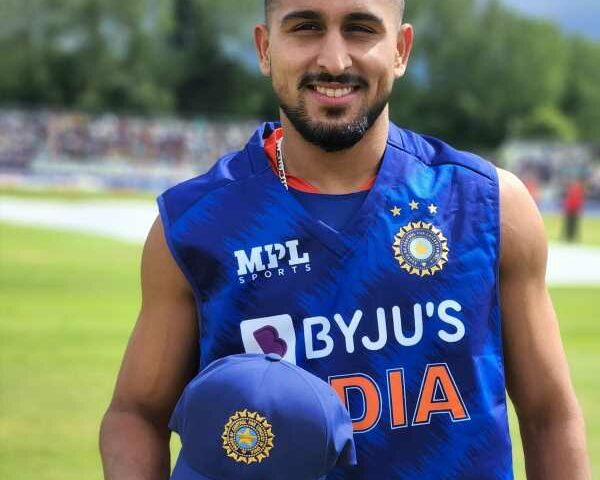 India proved too strong for Ireland to win the rain-hit opening T20I by seven wickets in Malahide on Sunday, June 26, but the focus was on debutant Umran Malik.

All eyes were on the Indian pace sensation, but he had a rather nervous start to his international career.

He dragged his third ball down the leg side and it raced to the boundary off Lorcan Tucker’s (18 off 16) pads.

Two balls later, Harry Tector played a beautiful straight drive off a full delivery. Malik dragged the next one short, but Hector was ready to pull it for a six. Umran’s first and only over was the sixth ove,r but he proved expensive, conceding 14 runs.

Skipper Hardik Pandya said he had a chat with Umran about bowling with the older ball, adding that he will try and give more overs to the paceman in the second game.

‘He has been fantastic for his franchise (SunRisers Hyderabad). But I felt — also had a chat with him — he’ll be more comfortable with the older ball. Maybe next game he’ll have a full chance,’ Hardik said at the post-match presentation.