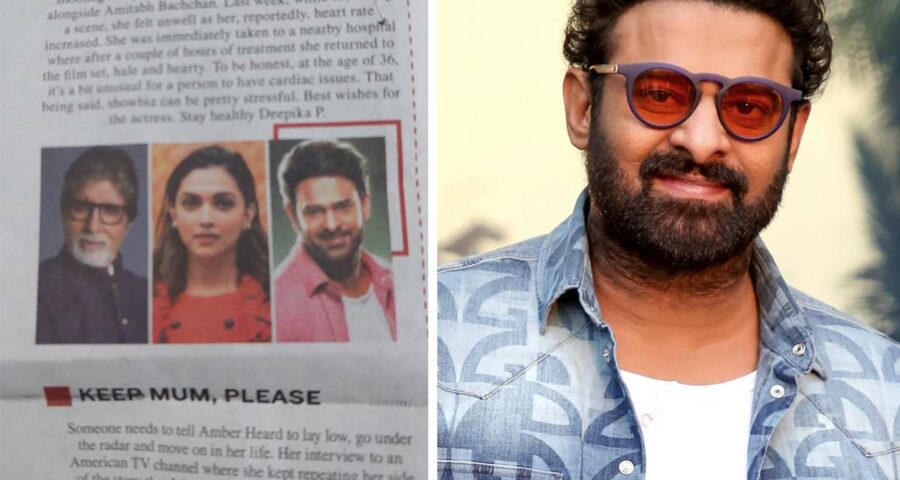 Project K is an upcoming Pan India big budget science fiction drama in which Young Rebel star Prabhas is playing the lead role and in this film, he is sharing the screen space with Bollywood actress Deepika Padukone.  A photo of a Pakistani  newspaper is going viral on the web. In the article, the Pakistani paper has talked about Project K, Prabhas, Deepika and the cast of the film. The article specifically talked about Deepika Padukone’ health.

The article was published by one of the popular newspapers- Dawn Sunday. The Fans of Prabhas are really happy. Project K, featuring Baahubali fame Prabhas, Deepika Padukone, and Bollywood megastar Amitabh Bachchan is one of the costliest projects in Indian cinema. The film is directed by Nag Ashwin and it is funded by Vyjayanthi Movies. The film is tentatively lined up for theatrical release in summer 2024.

As for Prabhas, he will simultaneously shoot for upcoming action drama KGF 2 fame Prashanth Neel’s Salaar as well.  Salaar, the big budget film had Shruti Haasan as the leading lady. He has also announced ‘Spirit’ with director Sandeep Reddy Vanga of Kabir Singh and Arjun Reddy fame. Prabhas will also be seen playing the lead role in Om Raut’ magnum opus Adipurush.