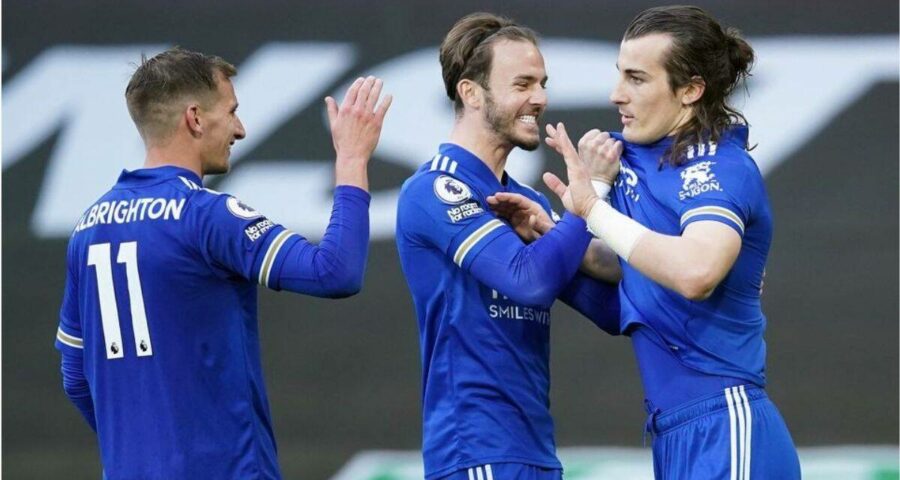 A thumping header from Caglar Soyuncu gave Leicester all three points after Mason Greenwood had cancelled out Luke Thomas's opener for the visitors. 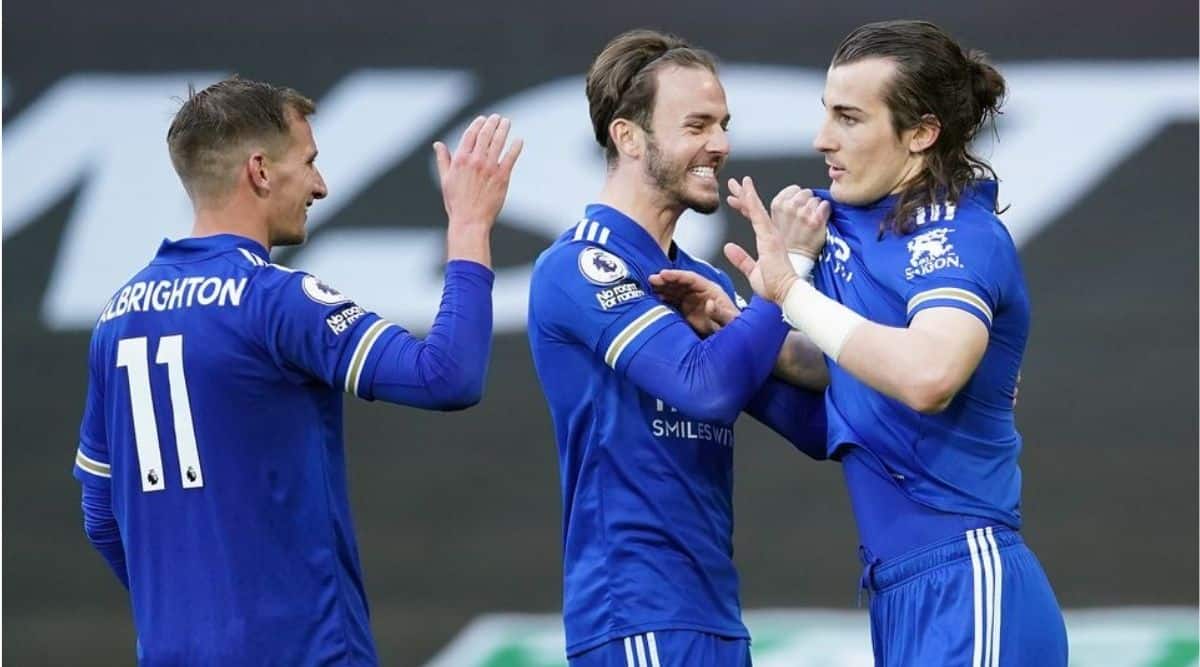 A weakened Manchester United were beaten 2-1 at home by Leicester City on Tuesday, ending Manchester City’s wait to be crowned Premier League champions.

A thumping header from Caglar Soyuncu gave Leicester all three points after Mason Greenwood had cancelled out Luke Thomas’s opener for the visitors.

United, who face Liverpool on Thursday, their third game in five days, made 10 changes to their side who won at Aston Villa on Sunday with Ole Gunnar Solskjaer throwing in several young players.

The result was also a huge boost to Leicester’s goal of a top-four finish and a place in next season’s Champions League — Brendan Rodgers’ side are on 66 points with two games remaining — eight ahead of fifth placed West Ham United who have a game in hand.

Old Trafford was surrounded by heavy security after violent protests forced the postponement of last week’s scheduled match against Liverpool but the game took place without incident.

Social media posts suggested fan groups had chosen to wait until Thursday’s rearranged game with Liverpool to make their next show of opposition to the club’s American owners.

With the injured United skipper Harry Maguire watching from the stands with a protective boot on his left leg, youngsters such as Anthony Elanga and Amad Diallo were given a chance to impress Solskjaer.

Leicester grabbed a 10th-minute lead with a superbly taken first Premier League goal from 19-year-old left back Thomas who volleyed in a deep Youri Tielemans cross from a tight angle.

United struck back five minutes later with two of their teenagers combining as Diallo found Greenwood and the forward’s excellent touch allowed him to find space for a low drive into the far corner.

Leicester threatened after the break with David De Gea doing well to deny Kelechi Iheanacho at close range but the decisive goal was a simple affair in the 66th minute as Soyuncu powered home a header from a Marc Albrighton corner.

“It was a huge step (towards the Champions League). I am so proud of the team,” said Rodgers, whose side face Chelsea in the FA Cup final on Saturday.

“The players have definitely overachieved with all the big teams around. Now we can really enjoy the final at the weekend.”