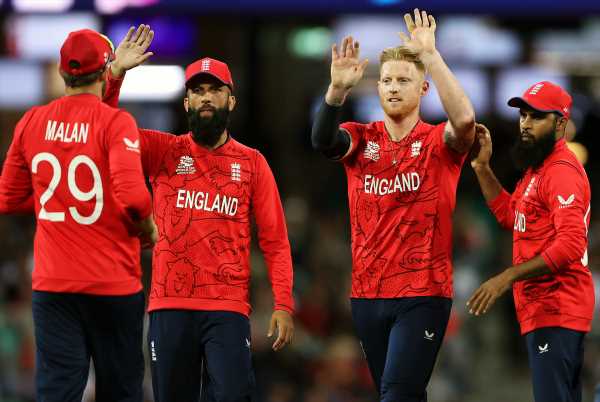 There must not be a more thrilling cricket contest like we’ve witnessed at the ICC T20 World Cup so far.

Luck has been a major factor in teams progressing to the semi-finals. With rain gods intervening, the equations in both groups changed a bit. There was a lot of permutations and combinations that saw England, India, New Zealand and Pakistan progress:

England started off with a wobbly win over Afghanistan before the rains played a part in their loss to Ireland.

They lost to their neighbours by 5 runs via the Duckworth-Lewis method. Chasing 158, the 2010 champions were 105/5 in 14.3 overs, five runs short of the DLS target of 110 as the play could not be started within the cut-off time due to rain and Ireland completed their second win over England in a World Cup.

Rains again came to spoil England’s campaign as their match against Australia was washed out without a ball being bowled. England was now stuck on three points with New Zealand and had to win the next two games by a fair margin to progress.

That they did when they beat New Zealand by 20 runs and then scripted a nervy win over Sri Lanka to knockout Australia and finish 2nd the group with 7 points and net run rate of +0.473. India also did not have the smoothest ride to the knockout round.

India kickstarted their campaign with a four wicket win over Pakistan in their tournament opener.

They then pummelled the Dutch with ease to log easy 4 points and start the campaign post before going down to South Africa before sneaking past Bangladesh in a rain-curtailed match.

Chasing 185 for victory, just when Bangladesh were cruising along at 66 for no loss in 7 overs, with a 17-run advantage on DLS par score, the heavens opened up.

Needing 151 in 16 overs as per the revised target after a brief spell of rain, Bangladesh managed 145/6 in the end.

India then had to beat Zimbabwe in their last Super 12 match to clinch a last four place, which they did with utmost ease. 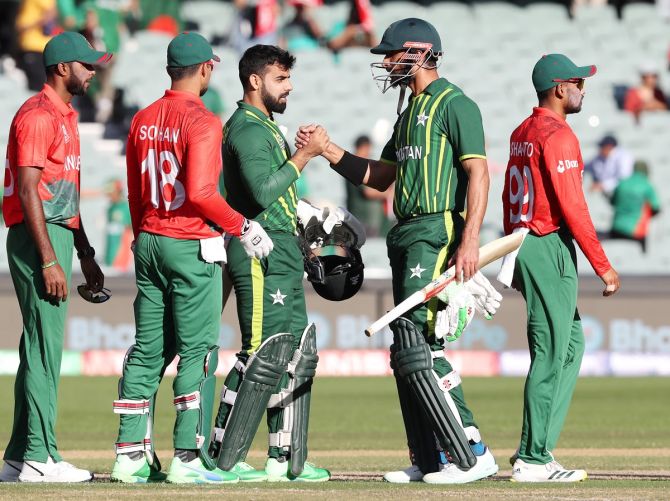 For a team that was down and nearly out early in the tournament, Pakistan have their lucky stars to thank for sneaking into the semi-final.

Before their win over Bangladesh on Sunday — a virtual quarter-final — Pakistan had only 4 points in their kitty.

They lost their opening two matches — first to India by four wickets in their campaign opener and four days later they were stunned by lowly Zimbabwe by one run in Perth.

Even though Pakistan registered their second victory against South Africa in a rain-truncated match in Sydney, they had to win the next two matches and hope the other teams faltered as permutations and combinations came into play.

And that’s just what happened on Sunday.

Babar Azam’s team have The Netherlands to thank for doing them a huge favour in Adelaide.

The Dutch pulled off an upset 13 run win over South Africa to give Pakistan a ray of hope. All Pakistan needed to do was beat Bangladesh to make the semis, which they did, recording a five-wicket win. 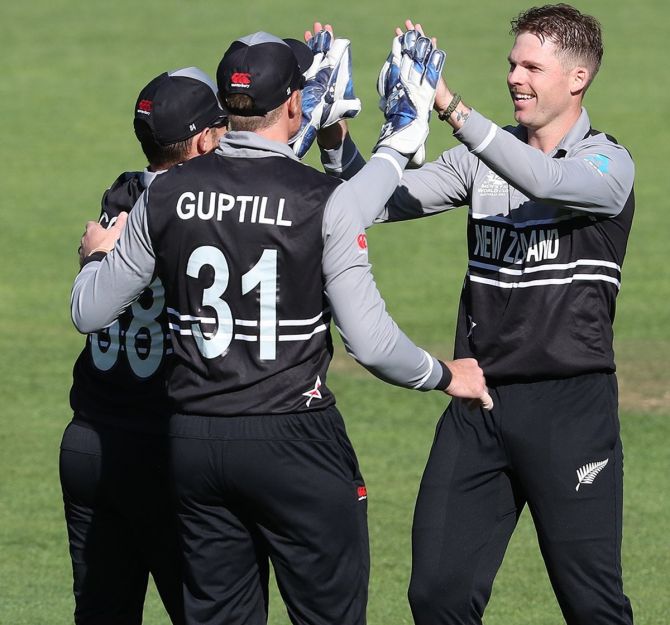 New Zealand were the first team to qualify for the semis after their win over Ireland.

The win saw them top the group with 7 points — they began with a win in the opener against Australia and another win over Sri Lanka before rains saw them split points with Afghanistan.

They were then beaten by a clinical England by 30 runs before a win over Ireland and a better net run-rate (+2.113) saw them progress.

Luckily for the Black Caps, having got of to a good start held them in good stead despite the one match washed away by rain and the loss against England. 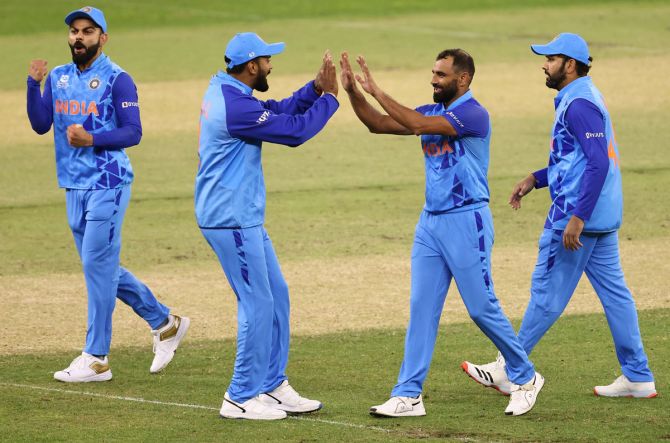