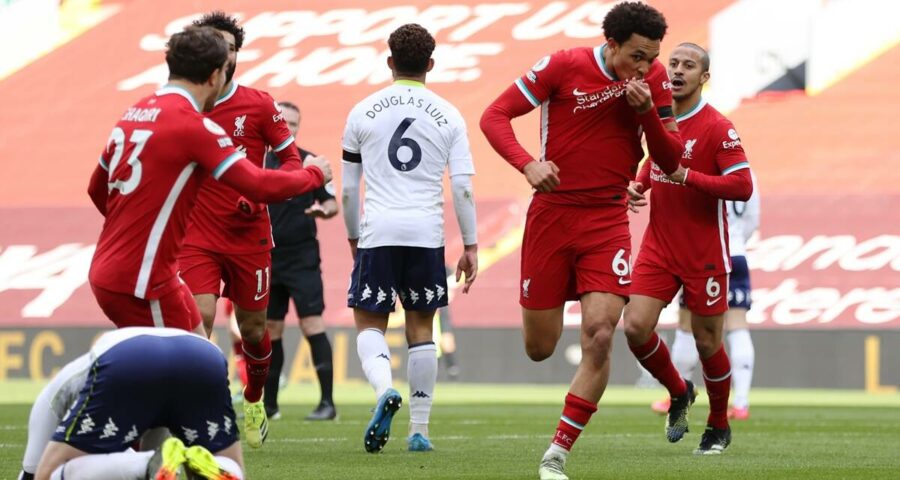 Chelsea’s resounding 4-1 victory over Crystal Palace moved them back above Liverpool and West Ham United into fourth place with 54 points from 31 matches. 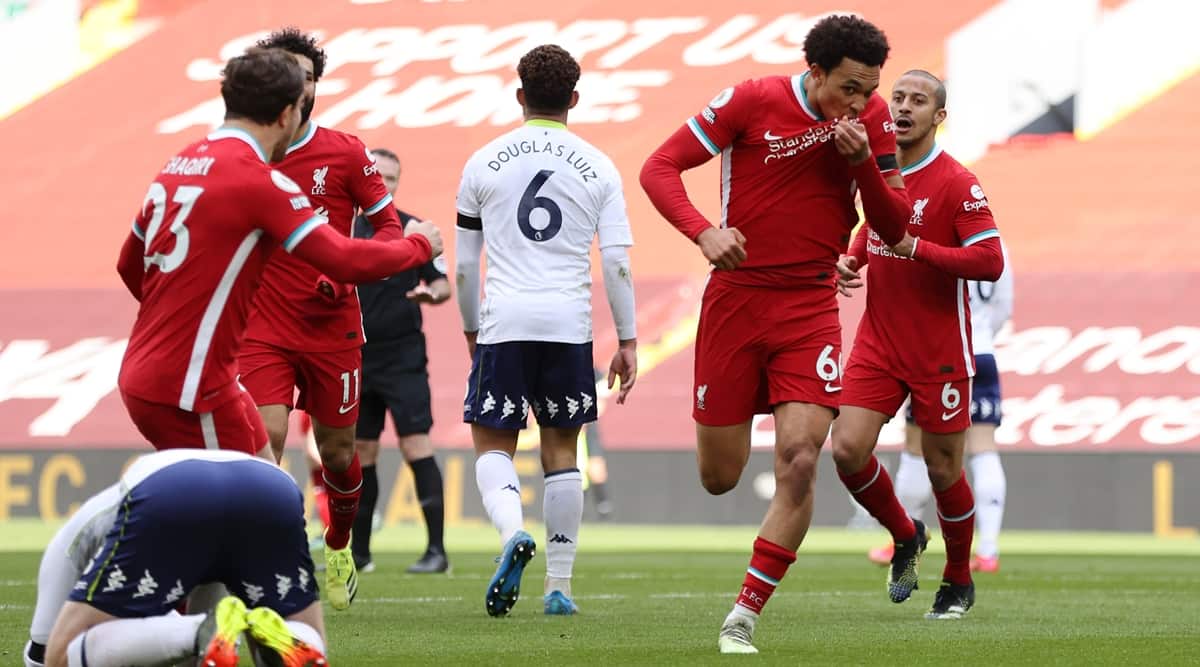 Trent Alexander-Arnold scored a stunning stoppage-time winner as Liverpool fought back to snatch a 2-1 victory over Aston Villa and move provisionally into the Premier League’s top four on Saturday.

Jurgen Klopp’s side collected their first home league win in 2021 after right-back Alexander-Arnold scored with a curling effort from the edge of the box at the death.

But Villa, against the run of play, found the breakthrough in the 43rd minute when John McGinn slotted a neat pass into striker Ollie Watkins, whose drilled effort slipped under Liverpool keeper Alisson’s right arm.

Liverpool responded almost immediately through Roberto Firmino but his goal was chalked off by VAR as Jota was adjudged to be marginally offside in the buildup.

Yet the hosts deservedly equalised 12 minutes into the second half through a Salah header after left back Andy Robertson’s initial strike was palmed away by Martinez.

It was Liverpool’s first goal in open play at Anfield since Dec. 27 – a run of run of 12 hours and 44 minutes since Sadio Mane found the net against West Bromwich Albion. They netted one home goal from the penalty spot during that time.

Klopp’s side stepped up the intensity and Alexander-Arnold’s sublime effort secured all three points.

“We have lost a couple of games here and mentally it was like ‘oh no, not again’ but we did a good job second half,” Salah told Sky Sports.

“It’s really important to win. I think there are only seven games left? We want to play Champions League next year but we just need to focus on each game and try and win them all and hopefully, we can be in that fourth place.”

Chelsea roared back into fourth spot in the Premier League as Christian Pulisic scored twice in an impressive 4-1 victory at London rivals Crystal Palace on Saturday.

Kai Havertz punished some sloppy defending to give Chelsea an eighth-minute lead and Pulisic doubled their advantage two minutes later with a powerful finish.

Chelsea totally dominated the first half and went 3-0 up on the half hour with a Kurt Zouma header.

Palace did improve after the break and Christian Benteke’s header gave them a lifeline but Pulisic made the points safe with a close-range finish after 78 minutes.

Chelsea had started the game in sixth place after Liverpool’s last-gasp win against Aston Villa.

But Chelsea’s biggest margin of victory since Tuchel took charge in January moved them back above Liverpool and West Ham United into fourth place with 54 points from 31 games, two ahead of West Ham, who host third-placed Leicester City on Sunday.

“The first half an hour was excellent. We were very hungry, very aggressive and got a lot of recoveries in the final third,” Tuchel said. “After 35 minutes we dropped a little in position and got a little bit sloppy. We continued like this a little in the second half but it was a good reaction after their goal.

“We put pressure on ourselves to have the right response. It was a step in the right direction.”