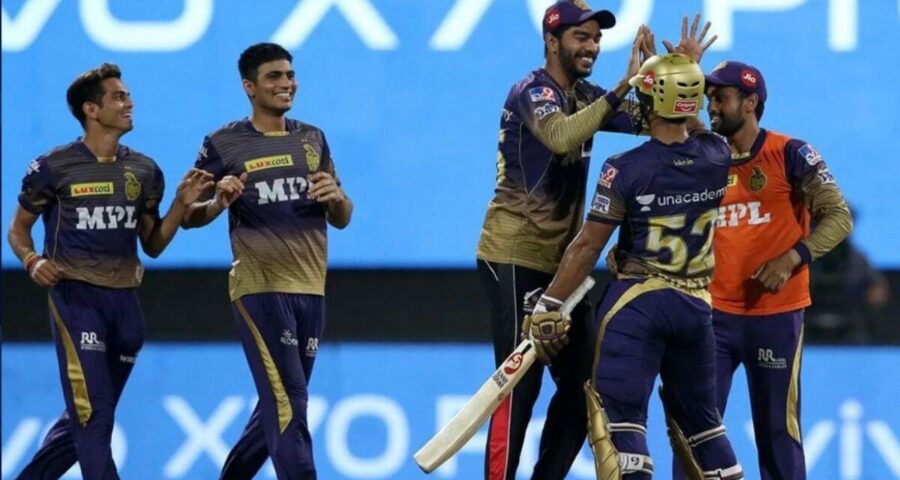 Kolkata win off penultimate ball against DC to enter final after a dramatic collapse nearly ends campaign. KKR’s collective effort prevails on top of another middle-overs choke and Varun’s brilliance. Kolkata Knight Riders almost snatched defeat from the jaws of victory, and losing this game from 125/2 after 16.3 overs would have been unpardonable. They were chasing 136 for victory, but as Shubman Gill departed, wickets tumbled and dot balls piled up. Dinesh Karthik, Eoin Morgan, Shakib Al Hasan and Sunil Narine returned to the dug-out without opening their account.

With seven runs needed off the final over, DC captain Rishabh Pant picked his most experienced bowler, Ravichandran Ashwin. Until then, the senior off-spinner had been overshadowed by his KKR counterpart Varun Chakravarthy. As the now-or-never moment arrived, Ashwin rose to the occasion, dismissing Shakib and Narine in successive balls. KKR chief executive Venky Mysore held his head in his hands, while to paraphrase Tony Greig, DC fans danced in the aisles in Sharjah.

And yet, KKR were just one big hit away from victory and Rahul Tripathi delivered that to secure a three-wicket win in the Qualifier 2, with one ball remaining, to take his team to the final.

Time after time, throughout the second phase of the IPL in UAE, it has been a case of the whole being greater than the sum of its parts. Only three KKR players are in their respective national teams for the T20 World Cup – Eoin Morgan, Varun Chakravarthy and Lockie Ferguson.

Against a bunch of individual also-rans, DC boasted international pedigree. They surrendered to the collective strength of KKR, Tripathi’s match-winning six epitomising it. Before him, Gill and Venkatesh Iyer put on 96 runs for the opening wicket, which eventually proved to be the difference.

Iyer’s countering of Ashwin attested his cricketing intelligence. The latter had just moved the deep square-leg fielder towards deep mid-wicket before going low-arm, outside the off-stump. Iyer swept it finer, through the vacant region for a four. Square-of-the-wicket, though, wasn’t his go-to area. During his 41-ball 55, the left-hander mostly tried to play straight before his dismissal to a pull. The opener wasn’t afraid of charging down the pitch against Kagiso Rabada. His reading of Ashwin was superb. Without his 320 runs in matches, KKR wouldn’t have had this turnaround.

Pitches in Sharjah have been tailor-made for KKR, their style of bowling to be precise, which revels in not giving the length and width to the batsmen. Batting first at this venue has been a problem, with the ball not coming on to bat after getting a little older and softer. Evening dew, resulting in the surface getting a tad greasy, made batting second comparatively easier.

As Morgan chose to field, the Powerplay was the key for DC to wrest the initiative, with Prithvi Shaw being their chief attacking weapon. Once Shaw was out early after a quick start, KKR put on the choke and DC gasped for breath.

Middle-overs have been KKR’s domain in Sharjah; their spinners hitting good length and bowling straight on a slow pitch with low bounce. DC sent Marcus Stoinis as a pinch-hitter at No. 3, but it wasn’t easy to force the pace on this surface.

Shikhar Dhawan at the other end took eight balls to get off the mark and apart from a couple of sixes against Narine, he never looked at his fluent best. DC scored 38/1 in the Powerplay and after that KKR tightened the screw even more.

Between seven and 15 overs, DC scored 52 runs for the loss of two more wickets. Even in the final five overs, they failed to up the ante considerably, posting 135/5.

Every bowler contributed. After an expensive first over, Narine came back well to finish with 27 from four overs. Shakib recovered from a Shaw battering to concede 28 runs in his four overs. Lockie Ferguson bowled quick, claiming Pant’s scalp in the process. Barring a no-ball that gave Shimron Hetmyer a reprieve, Shivam Mavi, too, wasn’t leaky and cleaned up Stoinis.

Hetmyer hit two sixes after the reprieve and Shreyas Iyer hit another maximum in the final ball of the innings to give DC’s total a fighting edge. As for KKR, Varun Chakravarthy was brilliant.

On this form, he presents a strong case to be India’s first-choice spinner at the T20 World Cup. Varun has been instrumental in KKR’s middle-overs choke, maintaining an economy rate of less than seven runs per over in the UAE-leg of the tournament. The 30-year-old also has the ability to bowl inside the Power Plays.

Almost every time, when his team needed a wicket, Varun stood up to be counted. This game was no different. After Shakib and Narine were hit for plenty in consecutive overs, the unassuming spinner from Tamil Nadu came into the attack in the fifth over and trapped Shaw leg-before with a googly in his first ball.

And with Dhawan looking to accelerate, Varun dismissed him with another back-of-the-hand delivery. He finished his spell with 2/26, taking his tournament tally to 18 wickets from 16 games.