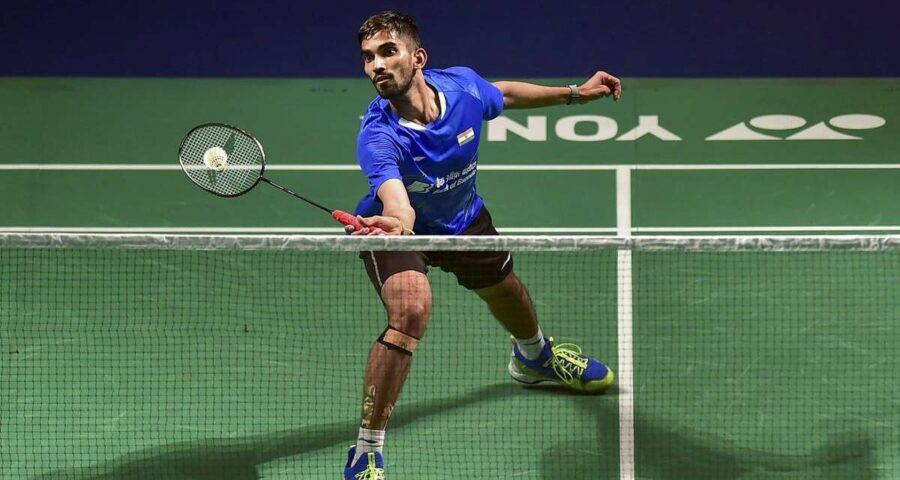 Kidambi Srikanth showed signs of returning to form last week as he put up a spirited fight against two-time world champion Kento Momota of Japan before losing in the French Open second round.

Sixth seeded Srikanth showed signs of returning to form last week as he put up a spirited fight against two-time world champion Kento Momota of Japan before losing in the French Open second round.

The Indian lost the match narrowly after squandering a two-point lead in the decider but he will look to take focus on the positives and put his best foot forward when he begins his campaign here against Japan’s Koki Watanabe.

Young Lakshya, ranked world no 22, had a decent outing at the Denmark Open and French Open with second round and quarterfinal finishes respectively. He will look to continue the momentum when he takes on France’s Thomas Rouxel in the opening match.

The 20-year-old from Almora will be eager to get over the disappointment of having to pull out of the event last year after his father and coach DK Sen had tested COVID-19 positive.

Sameer Verma, ranked 21, also had a good outing in the last two weeks, reaching the last 16 and final eight respectively but his campaign was cut short by a calf injury as he retired midway on both occasions.

The 27-year-old from Dhar is scheduled to take on Thailand’s Kunlavut Vitidsarn in his campaign opener but a question mark still remains on his fitness.

Among other Indians in the event, which was earlier known as SaarLorLux Open, former champion Subhankar Dey will meet Korea’s Lee Dong Keun, HS Prannoy has been pitted against Ireland’s Nhat Nguyen, while Sourabh Verma will cross swords with Max Weisskirchen of Germany.

Men’s doubles pair of B Sumeeth Reddy and Manu Attri, women’s doubles combination of Ashwini Ponnappa and N Sikki Reddy will also look to get their confidence back when they compete in the tournament.