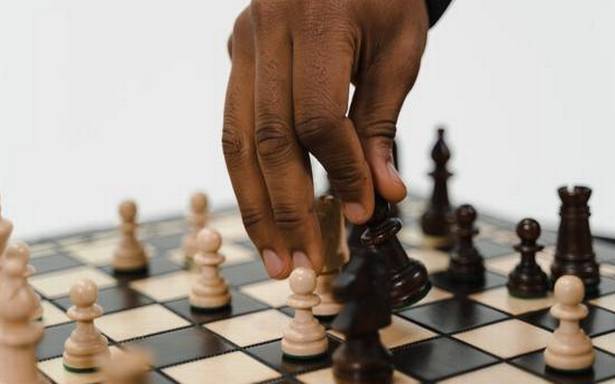 In a winning move, Chess Kerala, a collective of players in Kerala, is now conducting Chess Kerala COVID Vaccine Challenge Grand Prix 2021 Tournaments, a series to collect funds for the Chief Minister’s Distress Relief Fund (CMDRF) to help the vaccine drive in the State.

“Players from across the world, age no bar, can participate in eight online tournaments to be held every Sunday evening at 8 pm. The first was on May 23. Participants and non-participants are requested to contribute at least the cost of one COVID-19 vaccine (₹300) or its multiples, to help Kerala fight the pandemic,” says NR Anil Kumar, president of the organisation and a former member of the Indian Chess Olympic team and an International Master.

As of now, 100 players from India and abroad have confirmed their participation and ₹1.5 lakh has been collected. The tournament is being organised on Lichess.org, a free source chess online portal.

Along with the fund-raiser tournament, Chess Kerala is also organising a Women’s Grand Prix for women players hailing from Kerala. “Women’s chess has been marginalised. We decided to hold a series of tournaments in the name of former State champions. The senior-most is Sreedevi Varma who was the champion in 1974. Then there is six-time State champion Sethu Varma, as well as PV Lalitha and Vasanthi Unni,” explains Preetha KS, committee member of Chess Kerala in charge of publicity. Since many of the women were participating in a tournament for the first time, two books on chess were sent to them to hone their moves.

A 23-member committee, comprising women, is conducting the series of online tournaments every Saturday. Three hundred players from all over the world are participating. The mega-final is in the name of Koneru Humpy, the current women’s world rapid champion, and the super final in the name of chess legend Judith Polgar.

This is not the first time that the organisation has turned to the game to help the State battle the pandemic. Last year, during the first lockdown in March 2020, Chess Kerala had organised Checkmate COVID-19 International Online Blitz Tournament on May 2, 2020. Three hundred and fifty players from 16 countries had registered for that tournament.

Many grandmasters and international masters like Viswanathan Anand, K Sasikiran, Nihal Sarin, SL Narayanan and others had supported the event. Viswanthan Anand had tweeted about the event and he sent a video message to support it. His tweet was re-tweeted by Judith Polgar, who also shared a video message.

Tara Devi Sunilkumar, executive committee member of the association, says that players, their parents, friends and well-wishers raised ₹4,55,000 which was handed over to the CMDRF last year. There was no registration fee but each player was requested to pay ₹250 at least.

Prior to that, Chess Kerala had conducted Chess Kerala Grand Prix series to collect funds to help chess players and coaches in distress in April 2020. Anil says the event collected ₹90,000. “We were able to buy a laptop for OT Anil Kumar, a seven-time State champion, to help him conduct online classes and earn a living. In Idukki, we bought a desktop for physically-challenged KM Rajan. Many of them were working as coaches and trainers and our intention was to help them in whatever way we could,” says Anil.

Similarly, they had raised funds during the flood of 2018 by organising tournaments and collected ₹1,38,500 for the CMDRF.

It takes a village

Formed four years ago, Chess Kerala’s aim is to help players, coaches and former players and encourage the game. An independent, non-profit organisation, its members are players, parents of children playing chess and organisers of tournaments in Kerala. It has been actively organising events, coaching camps for children and seminars on chess.

Anil emphasises that unlike many sports organisations in India, every member of Chess Kerala has voting rights and are not just pawns in the organisation.

The organisation has introduced a number of novel events to popularise the ancient board game. “Seven of us friends and ardent chess players have an informal group, Oriental Chess Moves. I had travelled aboard the Chess Train, a tourist event in Prague, in which chess players get a chance to see the Czech Republic and also play chess. I came up with the idea of Chess Houseboat 2020 and took it up with Kerala State Tourism Development Corporation. A group of us travelled from Alappuzha to Thrissur, took in the sights and played chess too,” he explains.