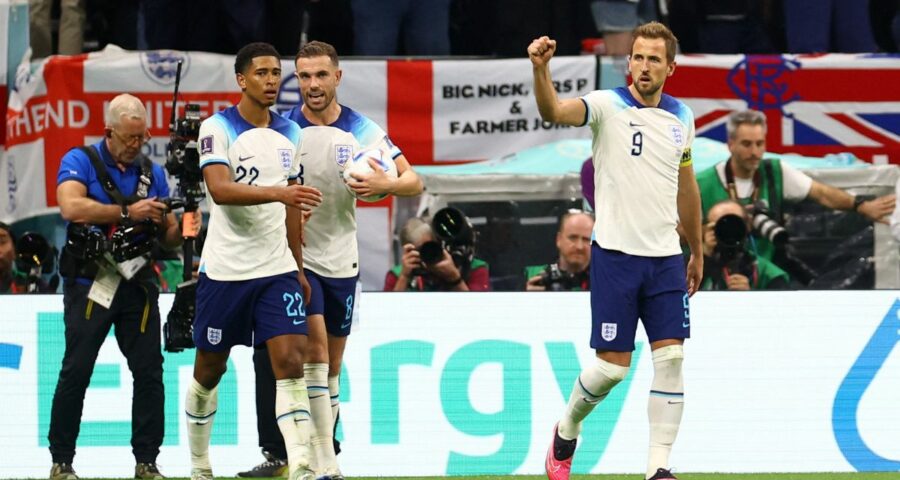 Harry Kane became England’s joint-record goalscorer with a penalty against France in the World Cup quarter-final on Saturday.

This takes him level with Wayne Rooney who also has 53 goals to his name for England.

It was the second goal of the tournament for Kane, 29, who was the top scorer in Russia four years ago with six.