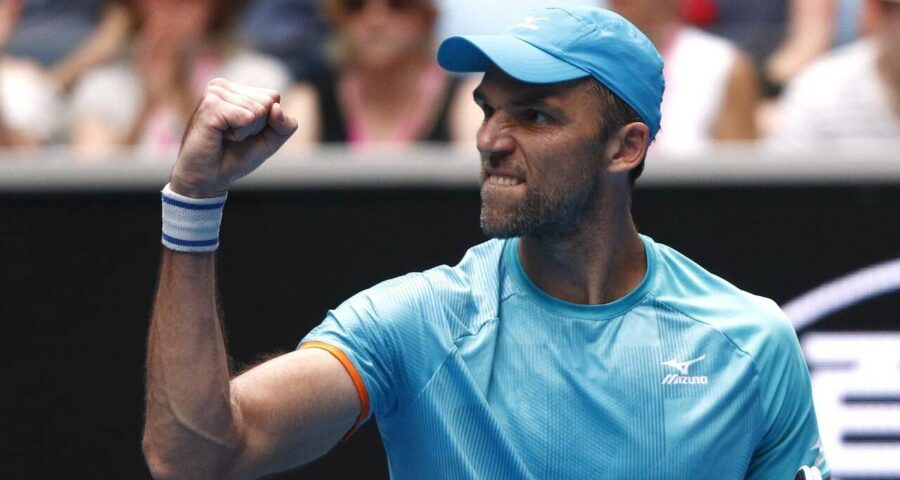 Ivo Karlovic, who turns 42 next month, is the oldest to win on the top men's tour since Jimmy Connors at age 42 in 1995. The victory was the veteran's first since last February. Ivo Karlovic of Croatia became the oldest player to win an ATP Tour match in a quarter-century, hitting 27 aces night to beat No. 7-seeded Pablo Andujar of Spain 6-3, 5-7, 6-4 in the first round of the Delray Beach Open.

Karlovic, who turns 42 next month, is the oldest to win on the top men’s tour since Jimmy Connors at age 42 in 1995. The victory was the veteran’s first since last February.

Quiroz led 5-3, lost serve twice and then rallied, dominating the tiebreaker. The victory was the second career ATP Tour win for the 28-year-old Ecuadorian, who played at the University of Southern California.