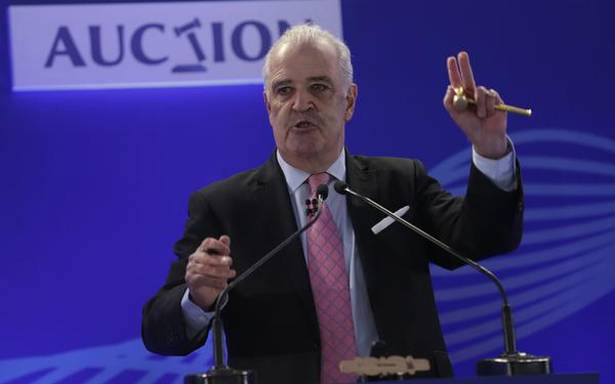 He was immediately stretchered off for medical attention

Veteran auctioneer Hugh Edmeades collapsed while conducting the first session of the Indian Premier League auction on Saturday but was found to be "doing fine" after a medical check-up.

The 60-year-old’s collapse midway into proceedings led to an early lunch at the ongoing event.

"He has been attended to by a doctor. He is doing fine, his blood pressure dropped suddenly and that was the reason for his sudden collapse. We will know more once he has a thorough check-up," a BCCI source told PTI.

Edmeades, who has conducted over 2700 auctions across the globe, primarily of cars including an Aston Martin used in a James Bond film, had Sri Lankan leg-spinner Wanindu Hasaranga’s name under the hammer when he fell from his auction pedestal.

He was immediately stretchered off for medical attention and it came to light that he had suffered the fall due to low blood pressure.