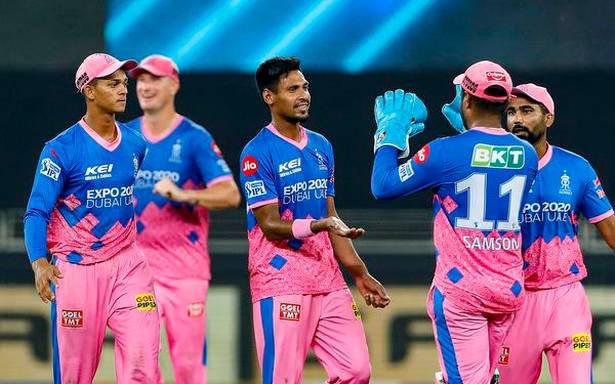 Rajasthan Royals will face a tough test against table-toppers Chennai Super Kings in Abu Dhabi on Saturday in a match that could decide its fate in the competition.

Royals, currently placed seventh in the table with just four wins, need to win its remaining three matches by good margins to have any hope of reaching the playoffs.

In the absence of its star players, the team has been outplayed in its last three matches.

If not for Kartik Tyagi’s brilliant final over against Punjab Kings, the team would not even have the solitary win it has in the UAE so far.

The main problem for the Royals has been its misfiring middle-order with an over-reliance on skipper Sanju Samson.

In the last game against Royal Challengers Bangalore, the former champions squandered a promising start to slump from 100/1 to 149/9.

CSK, on other hand, has no pressure after it sealed its playoff berth with a six-wicket win over Sunrisers Hyderabad on Thursday.

With nine wins from 11 matches, the team can now afford to experiment with players who have not played regularly and coach Stephen Fleming stated that the team would look into it.

“We will certainly talk about how we can manage our players, making sure that we manage the team that played today (on Thursday) and also the opportunities for guys who are on the fringe. So we have (been) afforded that luxury now, but we won’t be too experimental,” said Fleming.