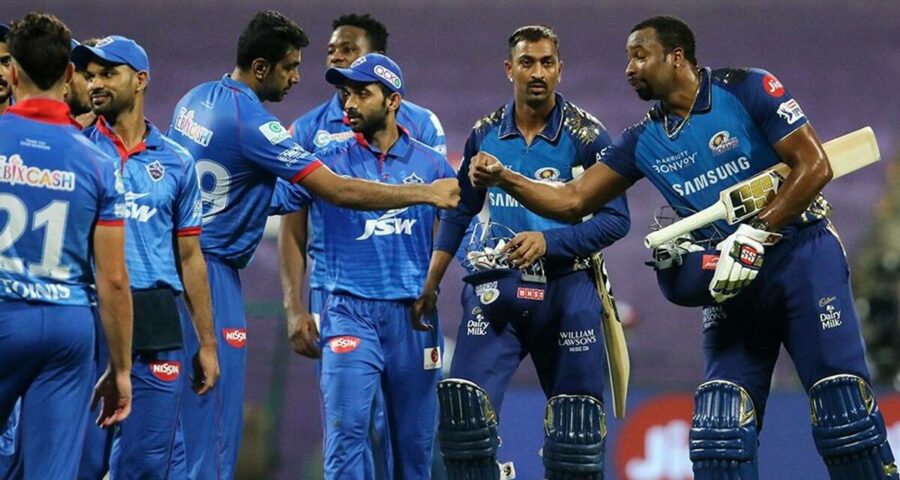 Lying second on the points table with 16 points from 11 matches, the target for Delhi Capitals would be to finish in top-two, which will give them two shots at reaching the final. Delhi Capitals will look to bounce back after a blip in the last match, while a struggling Mumbai Indians unit will hope to hold on to their new-found momentum in the first of Saturday’s IPL double headers here.

Having virtually sealed their playoff berth with eight wins, Delhi were done in by the sluggish conditions of Sharjah, as an all-round Kolkata Knight Riders trumped them by three wickets in a low-scoring affair.

Lying second with 16 points from 11 games, the target for the last season’s runners-up would be to finish in top-two, which will give them two shots at reaching the final.

For a team that looked at ease all along, it was their first defeat in the UAE leg — and three from 11 matches this season — as Delhi struggled to get going against KKR bowlers who made full use of the slow surface after opting to bowl.

That none in the star-studded Rishabh Pant-led Delhi batting lineup managed to get a six in their stipulated 20 overs, highlighted how difficult stroke-making was.

It was only Steve Smith (39 off 34 balls), who replaced an injured Prithvi Shaw, and Pant (39 off 36 balls), who got some runs while their lower middle-order managed only 13 runs.

The outing was however an aberration for the Delhi batsmen who have done well so far and they would hope that Shaw is fit and back in the playing XI.

Their seam-bowling all-rounder Marcus Stoinis (hamstring) may take longer to be back.

With the sluggish conditions on offer, DC’s spin trio of Ravichandran Ashwin, Axar Patel and Lalit Yadav would look to make inroads.

Mumbai, on the other hand, would look to stay in the race after securing their first win from four matches in the second phase of IPL.

Batting has been a big letdown for the record five-time IPL champions as Surya Kumar Yadav is horribly out of form with scores of 0, 8, 5, 3 in the UAE leg.

Star openers Rohit Sharma and Quinton de Kock also have not been able to convert their starts, putting pressure on the middle-order.

The silver lining for the IPL heavyweights was the struggling middle-order turning it around with Saurabh Tiwary (45) and Hardik Pandya (40) securing a six-wicket win over Punjab Kings.

The big-hitting Kieron Pollard also looked in the groove with a seven-ball 15 not out to play the finisher’s role.

Tiwary’s resolute knock would mean that he would retain his place and it remains to be seen whether Sharma gives another opportunity to the out-of-form Ishan Kishan.

In bowling, Jasprit Bumrah has consistently delivered, returning with 10 wickets so far in the UAE leg, at a time MI’s spin bowling has flopped.

On conditions aiding slow bowlers, it remains to be seen how the likes of Rahul Chahar and Krunal Pandya make it count.

Leg-spinner Rahul Chahar has failed to make an impression in the UAE leg and managed just two wickets from four matches, while left-arm spinner Krunal managed just one wicket.