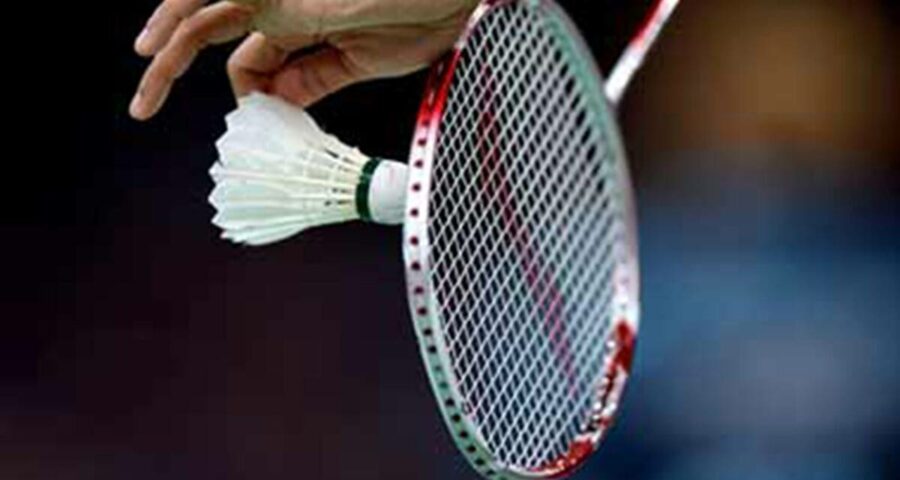 In a panel Integrity Unit investigation by the Badminton World Federation that concluded after events dating as far back as 2015, the kingpin of this series of fixed matches, Hendra Tandjaya, a 32-year-old doubles floater on the lower circuit explained during his confessions what "nyabon" meant: "playing a match to fix a particular result." 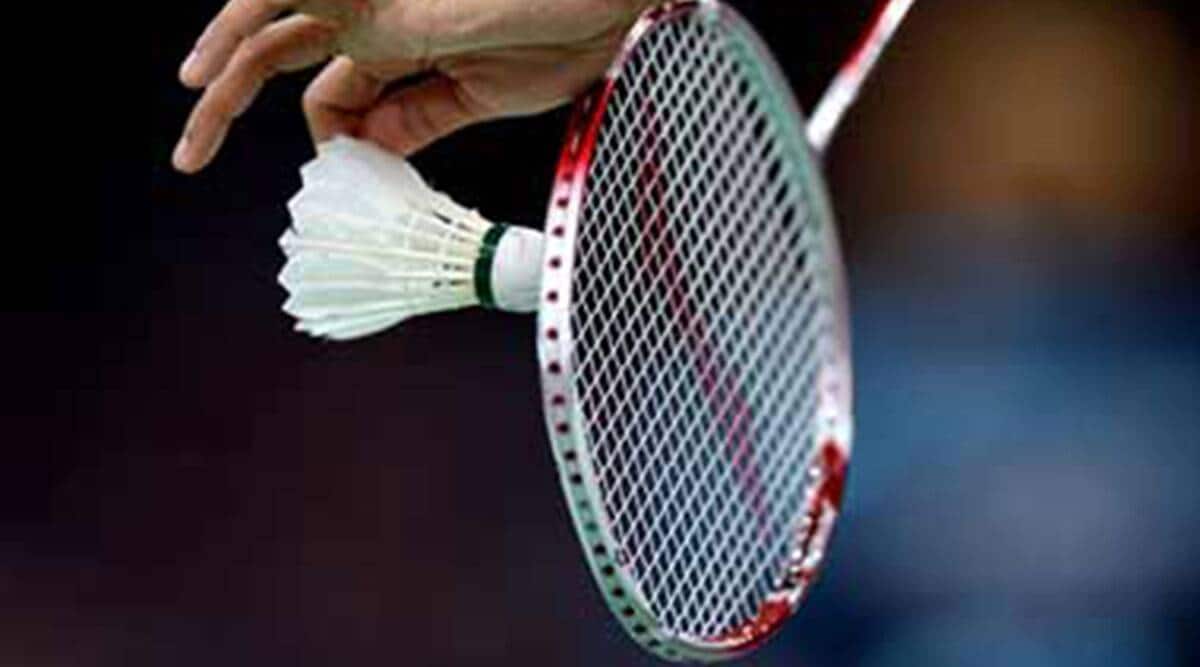 Eight Indonesians were sanctioned this week for match fixing and betting, in what is known in these circles as “nyabon”.

In a panel Integrity Unit investigation by the Badminton World Federation that concluded after events dating as far back as 2015, the kingpin of this series of fixed matches, Hendra Tandjaya, a 32-year-old doubles floater on the lower circuit explained during his confessions what “nyabon” meant: “playing a match to fix a particular result.” The BWF released a ‘reasoned decision’ with these details, while announcing sanctions.

‘Nyabon’ is inspired either from the horned tabby cat of the videogame Bloodstained, lurking in wait to settle a grudge, or simply means “sink (a game)” in Sundanese language from western Java.

But in the interviews conducted with Hendra by the investigators, “nyabon” worth 95 million rupiah (INR 4 lakh 96 thousand) were revealed across 10 fixed matches, and 4 player approaches which were turned down, and reported by whistleblowers. This included second tier tournaments across Thailand, New Zealand, Macau, Vietnam, Anaheim in USA as well as Lucknow’s Syed Modi Grand Prix. Mostly doubles pairings – some of Hendra’s playing partners’ – have been found guilty of manipulating results, first rounds in most instances, as Hendra admitted to making “20 million rupiah in betting” by convincing them to underperform and lose.

Four other Indonesians, men and women, including Agrippina Prima Harmanto Putera, former partner from 2011 of world champion Marcus Gideon. Agrippina, son of former Indonesia coach Sigit Pamungkas, received a six-year ban and a fine of USD 3000. Four players never responded to summoning by the investigation panel, including 41-year-old Ivandi Danang, who Hendra called “boss” in the interviews after confessing to be roped into fixing by him.

Danang was active on the circuit in 2010, went AWOL in 2013, and resurfaced in 2016, at Hong Kong and Indonesia, where Hendra is supposed to have pulled off two of his earliest fixes.

Approaches to the whistleblower (WB) at Scottish Open in November 2015, at NZ in August 2017 and US in July 2017, were rebuffed and reported to the authorities. The investigation said, “They (whistleblower) have known HT since 2011 through junior badminton. In November 2015, during the early rounds of the Scottish Open, they received text messages from HT in which he offered 3000 (currency unknown) to lose their first match. The WB declined and asked HT to never contact them again. While competing in the US Open between in July 2017, HT contacted the WB by WhatsApp and asked to call. During the call, he offered AUD 3000 to lose their first mixed doubles match. The WB declined and ended the call.”

Thereafter Hendra would inundate them with messages requesting the same manipulation of the first mixed doubles match. “In particular, HT invited the WB to secure a score “under 14 14” at a reduced offer of AUD 2500.”

The pairing refused and won the match. At the New Zealand Open, Hendra “invited the WB to manipulate a match by winning 21-16, 21-17.”

During the investigation, Hendra would fess up that while he set bets with companies, he would receive payments from Danang or recover his outlay by betting online with Mitra.dot and Temanjudi, where he held accounts. Hendra (HT) had resisted being lured into this by Danang (ID), but gotten tempted and taken the plunge. “At their initial contact in 2016, ID had known that HT was involved in match manipulation and had called him to talk about it. At first ID had asked HT to fix his own matches, but HT had declined because he did not want to let down his sponsors. ID set up an online account to transfer money to HT. The account allowed HT to receive cash from an ATM.

He also received cash from ID in person which was used to bet on badminton (and other sports), and he used to bet with ID. HT also received money into his own bank account,” the investigation reveals. “He knew that there were others above ID in the match fixing organisation, but he only knew ID and contacted him by Line app; he knew that ID would make money from betting personally and through other people. Hendra admitted he had bet approximately 20 million rupiah (1 lakh INR) in his first interview.

Hendra’s biggest snare would be the 2017 Hong Kong Super Series, where he induced partner Androw Yunanto to tank his opener for 10 million rupiah (around INR 50,000). A fix at Macau would fetch Yunanto close to INR 73000. The duo would land up at Syed Modi tournament and make INR 36000 each for a three-set loss.

The “nyabon” sprung up in chat messages with Aggripina as well as mixed doubles partner Fadilla Affni. Chat conversations fished out by investigating panel also included Hendra discussing with Yunanto, about how to coordinate their statements in September 2017 at New Zealand, when an inquiry opened into Hendra. Another discussion would see Danang get suspicious and quiz Hendra if he was dealing with a “third party” after losing money. In another chat, he would admit to mobile phone being “dangerous” and so he would destroy it, as law began to close in on him.

In what points to a deeper rot, the investigation states: “HT named and discussed seven (7) other players (not the subject of this hearing) with whom he had engaged in actual or attempted match fixing with him and others, or that he knew had betting accounts.”

Danang had offered to allow Hendra to use his SBOBET account for betting, but “had made himself uncontactable since 2017 because he knew that the PBSI (Indonesian federation) was investigating him. HT did not know his location.”

Sometimes a fix would fall through – like with Aditiya Dwiantoro – as singles wasn’t interesting enough for punters. “HT had promised him money, but there was not a good market,” the report reads. At other times, losing needed no effort. In his doubles match at Vietnam, Dwiantoro was told “to play normally because Hendra thought AD would lose, and HT had bet on him to lose.”

At times, the fixers would grow wary even. “The betting companies would not give a market on Arif (AD’s opponent the following day) because there had been too much “Nyabon”. Prior to the tournament, Dwiantoro did not know Hendra. “AD needed the money because his father had died.”

Perhaps the most tragic of those accused who were also victims was mixed doubles player Fadilla Affni. “She was his mixed doubles partner in the Chinese Taipei Open 2017 who was in financial difficulty because her parents had died. He had manipulated a match but had miscalculated the score. He had asked FA to score 17 in the second set, but his bet was for 18 in the second set, and he had lost the bet. As a result, FA was only paid expenses, but wanted more money.”

An earlier fix arranged with Affni in Thailand had failed because there was no market, and Hendra withdrew.

Agrippina had betting accounts and had asked Hendra for information about betting. The former doubles ace who played with current World No.1 Marcus Fernaldi Gideon from 2011-13, plans to appeal the sanction, claiming he had simply “not reported an approach.”

Agriprinna was at the Cipayung National Training Center and had won two titles. However, after being left out of the 2013 All England squad, Marcus would leave the national training centre. PBSI would pair Agripinna with Hardianto thereafter.

“My mistake is not reporting. How do I report? He asked for match fixing, I don’t want to. I think it’s just enough to leave it at that, it won’t be this big,” Agrippina told Bola Sports. His name was entered into 4 tournaments even after investigations were initiated which caused alarm in BWF. The entry was withdrawn thereafter.

While the PBSI helped coordinate with players, they added they will not aid the players as they don’t represent the Cipayung national centre. “Even if they are punished (BWF) it will not affect the organization at all,” Head of Public Relations and Media for PP PBSI, Broto Happy told media.