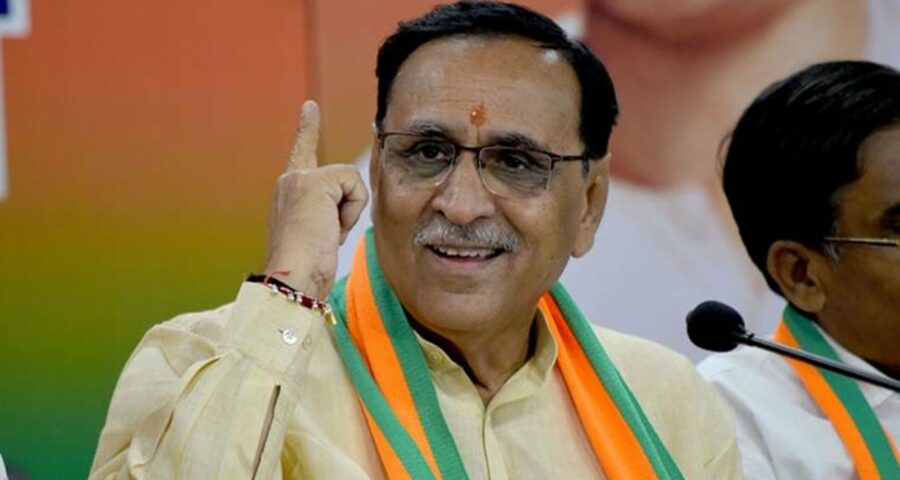 In the first round of vaccination, nearly 11 lakh health workers and other frontline workers, who were directly involved in Covid-19 management, will be inoculated, the CM said through a video message on a social media platform. Chief Minister Vijay Rupani Sunday said the state is fully equipped for the roll out of vaccination against Covid-19 from January 16. Taking a dig at the opposition parties, he appealed to the people not to be misguided by any rumour but follow the instructions and guidance given by the state government.

In the first round of vaccination, nearly 11 lakh health workers and other frontline workers, who were directly involved in Covid-19 management, will be inoculated, the CM said through a video message on a social media platform.

“Today, I want to discuss the vaccination drive before you. We have completed the task of making a database in entire Gujarat. In Gujarat, 11 lakh workers — over 4 lakh health workers and over 6 lakh frontline workers including police, sanitation workers and other officials who were in direct duty against Covid-19, will be given the benefit of the vaccine first,” Rupani said. He also expressed gratitude towards these workers who worked selflessly amid the pandemic.

“The task of house-to-house survey has been completed. Those above 50 years of age are 1.05 crore. Those below 50 but suffering from serious illnesses or comorbidities are 2.75 lakh,” he added.

Referring to the preparation for administration of the vaccine, Rupani said, “Trial run for the vaccine has been successfully completed at urban and rural places across Gujarat. Almost 16,000 health workers have been given special training as vaccinator, who will administer the vaccine. There will be three rooms at a vaccination centre — a waiting room, a vaccine room and an observation room for treatment of those who may face any difficulty after vaccination.”

“For the transportation of Covid vaccine, cold chain transportation arrangement has also been done. For storage of Covid vaccine, six regional depots have been set up in Gujarat. Auditing of all the instruments to be utilised in the entire vaccination management has been completed. Additional instruments have also been received by Gujarat from the Union government,” Rupani added.

A section of the Congress leadership had questioned the Drugs Controller General of India’s “premature” approval for Bharat Biotech’s Covaxin, pointing out that the indigenously-developed Covid-19 vaccine was yet to complete the final stage of human clinical trials.

The Gujarat government, Rupani said, was fully equipped to be part of world’s largest vaccination drive. “I want to tell the public not to get misguided by any rumour or illusion in the entire process (of vaccination). Only those facts and guidance which are to be declared by the state government have to be followed. As the Chief Minister of Gujarat state, I give an assurance that all will get the vaccine as per priority. We all must keep faith and patience,” he added.