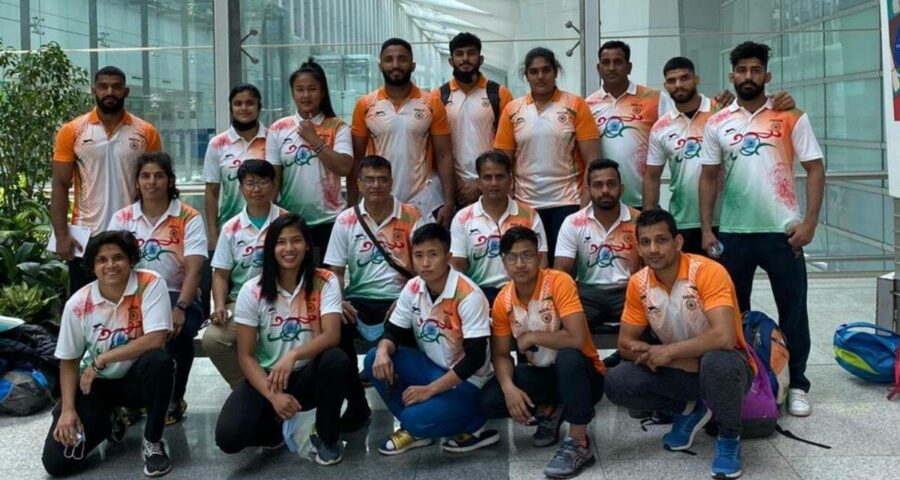 The organisers are likely to take a final decision regarding India's participation in the remainder of the tournament later on Wednesday. However, a source said the team is likely to skip the tournament and return India if rest of the contingent tests negative. India’s judo team was forced to withdraw from the first two days of the ongoing Asia-Oceania Championships, which doubled up as an Olympic qualifier, after two judokas tested positive for Covid-19. Both players are asymptomatic and in isolation while the rest of the team has been quarantined in Kyrgyzstan’s capital Bishkek.

The organisers are likely to take a final decision regarding India’s participation in the remainder of the tournament later on Wednesday. However, a source said the team is likely to skip the tournament and return India if rest of the contingent tests negative.

Subsequently, at the time of weigh-in, one player tested positive for Covid-19. “The local rules here meant that all 19 of us had to be quarantined since we travelled together,” a source said. “Consequently, none of our judokas could take part in the competition.”

Efforts were made on Tuesday to allow those who had tested negative to be a part of the tournament. The Indian judakos hopes were dashed after one more from squad tested positive on Wednesday. “After the second positive test, there is no chance of us competing in the tournament since it ends on April 10. We are awaiting results of the players who shared rooms with those who tested positive,” the source said.

It is learnt that all the judokas who tested positive – the two in Bishkek and one in India before departing – train at the same Sports Authority of India Centre in Bhopal. It was recently reported that there were 18 positive cases at the SAI Bhopal Centre in sports like hockey, athletics, boxing and judo.

The Asia-Oceania Championships were critical for Indian judokas trying to seal an Olympic berth. According to the criteria formed by the international federation, the top 18 players in each category are assured of a spot at the Games.

While no Indian features in this list, the only way they could clinch a place was by topping the continental ranking list. The source said India’s top judoka Sushila Likmabam, ranked 44th in the world in the under-48kg category, was comfortably placed in the continental ranking list and had a favourable draw this week, which could have all but sealed her qualification.

However, her path to Tokyo will now get uncertain following the team’s withdrawal from the event. “We will have two more chances to get ranking points before the June 28 deadline for Olympic qualification. There is Grand Slam in Russia in May and the World Championship in June. Whoever has the highest number of points after these tournaments will qualify. This was a very good chance for us to consolidate our spot, especially for Sushila. Unfortunately, we will have to wait and watch now,” the source said.