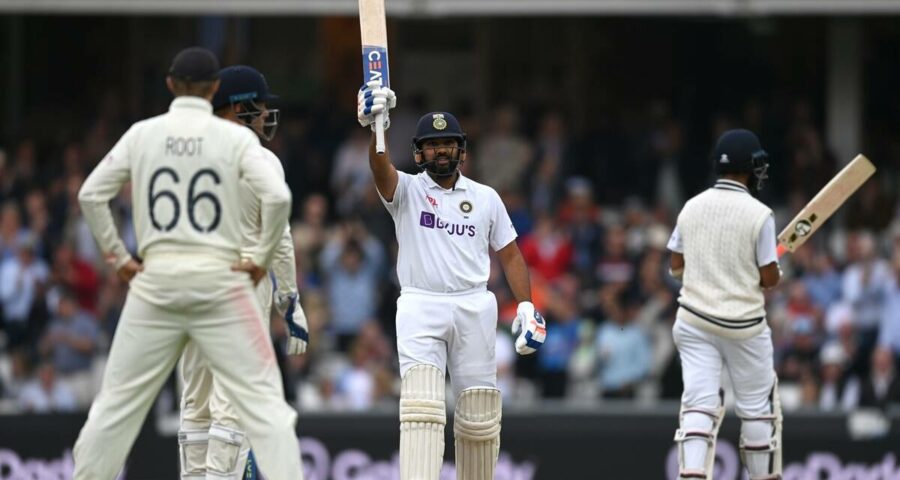 Rohit Sharma's eighth Test hundred in India's second innings of the ongoing fourth Test at The Oval gave the visitors the advantage on the third day. Rohit Sharma hit his first overseas century on the third day of the fourth Test between India and England at The Oval on Saturday. His unbeaten knock took the visitors to a position of strength in their second innings.

Reaching his eighth Test hundred in 204 balls, Rohit showed immense composure and control throughout his innings. On his way to the personal milestone, the 34-year-old hit 12 boundaries and one six.

Rohit also crossed 3000 Test runs on Saturday. After starting his innings alongside KL Rahul in the final session of the second day, the opener reached the landmark while partnering India’s number three batsman Cheteshwar Pujara.

The flamboyant batsman reached his hundred with a six, smashing it off Moeen Ali.

He is the only visiting player to score centuries in all three formats while opening in England.

Forging a hundred-run partnership with Pujara, Rohit took India’s lead over 100 runs in the second session of the third day.

The series is currently tied 1-1.