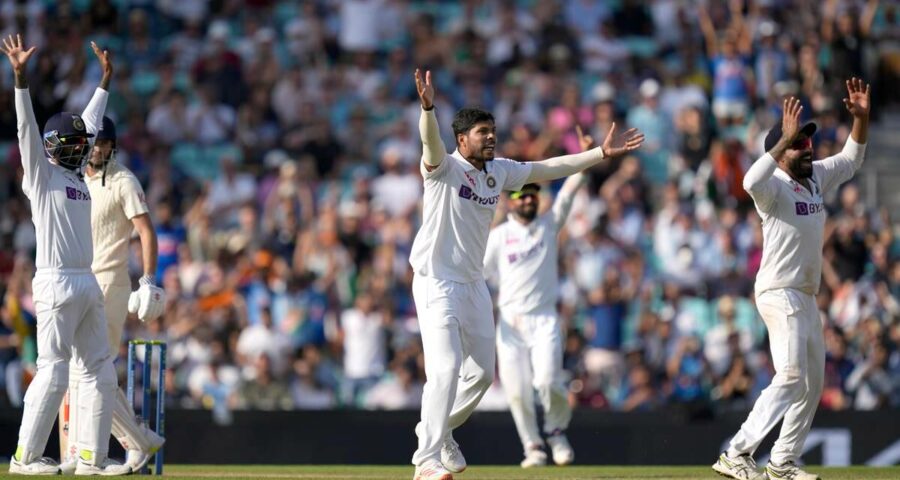 At the Oval, India’s hustling and bristling quartet of fast-bowlers burned a stereotype that was waiting to be burned for a while. That, India could never be a fast-bowling powerhouse, that they are not conditioned or dispositioned to. This series, and this Test specifically, has drilled into the cricketing consciousness that India not only have an enviable ensemble of fast-bowling riches but also have arguably the most lethal phalanx of pace bowlers in contemporary cricket. A multi-layered, multi-faceted and multi-dimensional brigade, each unique in their craft and capable of producing match-changing, series-defining moments.

The depth they have is frightening and literal, a depth so deep that they could connect an imaginary line from South Patel Nagar in Delhi to Chinnappampatti in Salem, from Ahmedabad to Hyderabad and Moradabad, from Palghar in the outskirts of Mumbai to Padmanabhanagar in outer realms of Bangalore. They have conquered different poles of the world too—cities as different as Brisbane and Kingston, London and Melbourne, venues as distinct as the Wanderers and Lord’s, on pitches that were hard and bouncy, on turners and dust-bowls, on those that swung and seamed, and on those that were ridiculously flat, as the Oval pitch was.

It’s where the significance of the Oval win kicks in. It was perhaps the flattest track outside the subcontinent where India’s fast bowlers had harmonised a victory, out-bowling and out-thinking England’s bowlers. One simple piece of statistic is illuminating and instructive. In the second innings, England’s quartet despatched 115.2 overs for seven wickets, conceding 325 runs, which is a wicket that came at a cost of 46 runs, and came between 99 balls. India’s bowlers picked the same amount of wickets, but those came at 21 runs per wicket and between 53 deliveries. That is the same number of wickets at half the runs and half the deliveries the Englishmen had consumed. Therein lies the true measure of India’s Oval triumph.
Also Read |Flat track bullies: Taunt that undermined India’s home wins is turned on its head

If the one in 1971, hatched by the masterful leg-spinner BS Chandrasekhar, signalled the coming of age of India as a cricketing nation, the latest nails the reality that it has emerged as a pace-bowling powerhouse. It is, even more, a glittering achievement that India has emerged as a pace-powerhouse without compromising on its spin riches. Little doubt that collectively, both spin and pace, this is India’s best bowling attack ever.

To accomplish the triumph without two of their most experienced seamers, Ishant Sharma and Mohammed Shami, advertises not only the range of their talent but also the dauntlessness their replacements exuded, proving that the victory in Australia with a third-string side was not an aberration but a precursor. No stage fright, no time to feel back into the game, no spraying around, they bounded out straight away, like caged tigers unleashed into the woods.

Four who got Eng batsmen singing

Umesh Yadav had not played first-class cricket in 16 months, but he was India’s deadliest paceman in the first innings and burst through the defences of the man who has been batting like a dream, Joe Root. There was Shardul Thakur, filing in and out of the team, his four Tests spread across 36 months. He influenced with both bat and ball, two half-centuries to accompany the precious scalp of Root in the second innings. There was Mohammed Siraj whose energy and intensity sustained the pressure when wickets were hard to bargain, apart from reversing the momentum by snaring a well-set Jonny Bairstow in the first innings.

There, invariably, was Jasprit Bumrah, the mantlepiece in marble of this Indian attack. His post-lunch spell was one for the ages, an exhibition of intelligently hostile fast bowling that had the audience spellbound and entranced. Until that moment, he was in the background of this game, a bit player. But when the moment came, he exploded like a whirlwind of seam-bowling sorcery. 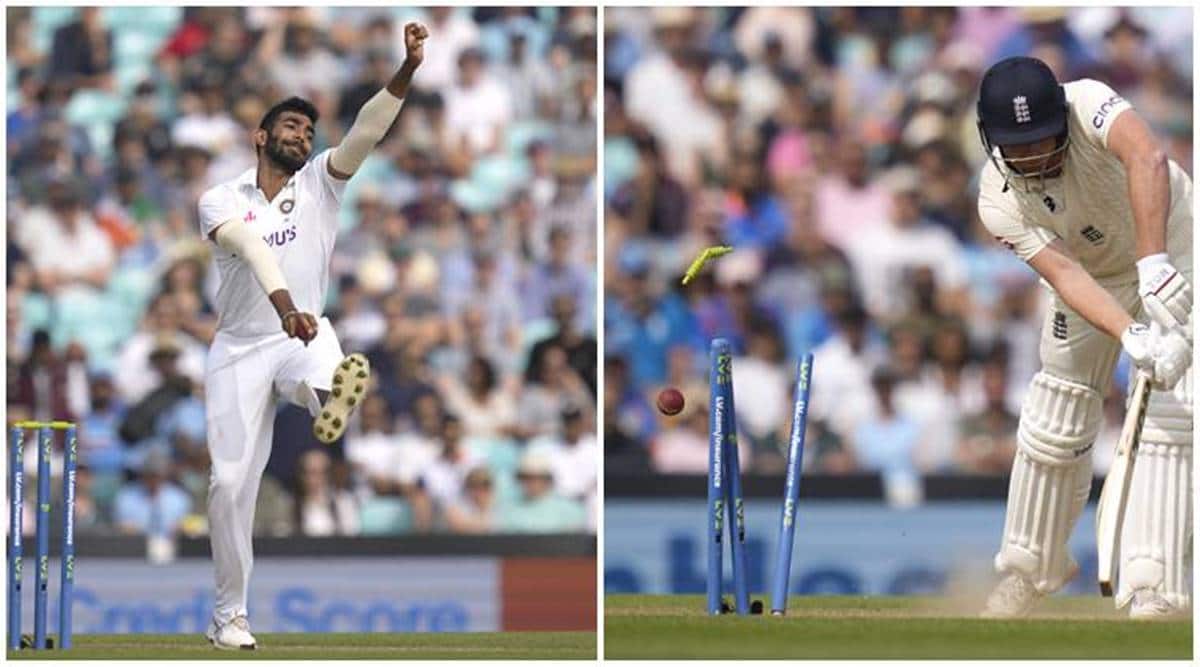 In demonic synchronisation, they mined movement off the surface, both conventional and reverse. Bumrah tailed the ball fiendishly into the static feet of batsmen and made some hold the length. Surviving him required more fortune than fearlessness. Both Siraj and Umesh too harnessed extravagant reverse swing, while Shardul Thakur probed the fifth-stump channel with unrelenting accuracy. In the past India have sporadically given back home sides a taste of their own medicine, here they concocted their own, taking the pitch and conditions out of the equation, making the fruits of labour sweeter than that of the Lord’s triumph, on a far more helpful surface.

Gifted as the pool of fast-bowlers is—undisputedly the best India ever had—Virat Kohli could be excused for benching the prolific off-spinner Ravi Ashwin, despite the barrage of criticisms, and in his steadfast belief that world domination could only be achieved through pace-bowling prowess. There is no harm in following the West Indies-Australia route to global supremacy. Historically, it has been the only path.

Though he has shrugged off appellations that he is a fast bowler’s captain, he often concedes the impression that he’s more comfortable with the pace-men around him, that there is an extra blanket of comfort cloaking him. He led them admirably —making the right bowling changes, keeping his bowlers charged-up, eking an extra over out of them, eternally encouraging them, at times cracking a joke to keep their spirits,