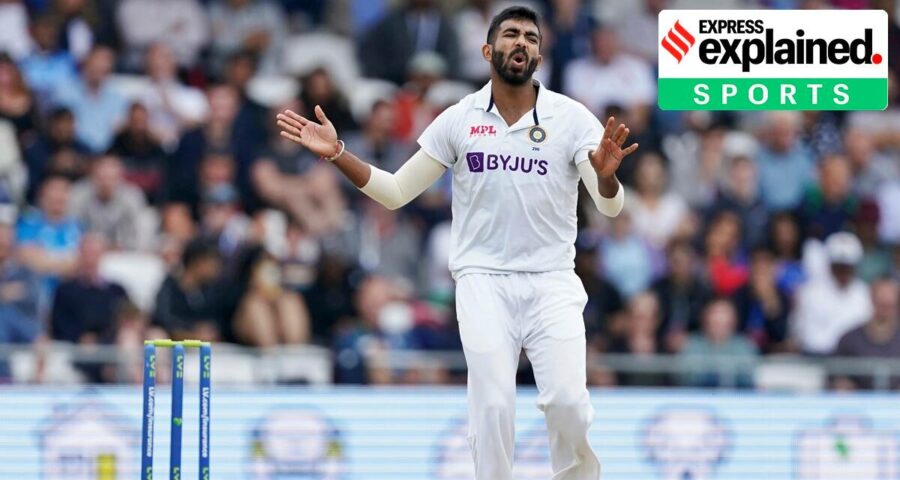 The way Bumrah got Ollie Pope and Jonny Bairstow, what’s your take?

I don’t know whether all those who watched understood the greatness on display. I hope they do. It wasn’t your usual reverse swinging session where the ball is bending corners. If so, everyone else would have got that kind of movement. During that phase the conditions were still pretty docile and England were batting well. I am totally amazed with his ball-selection; just like the shot-selection of batsmen. Two perfect deliveries to two batsmen trying to defend executed with great skill and the sense of occasion and knowledge to produce them. Skill is one thing but this cricketing intelligence is another level – and he has both. The fitness to do this on the fifth day of the fourth Test match is incredible, really. I didn’t see any difference in the intensity from the first spell of the first Test to the last session of the fourth.

What does he do that makes his reverse-deliveries stand out from the rest in world cricket?

It’s his back-spin at release that makes it deadlier. It’s what makes the seam of the ball hold up so perfectly for most of the trajectory. Round-arm reverse swing bowlers get the ball to wobble a bit. Bumrah’s ball doesn’t wobble in the air too early. The seam is so upright and only then the ball will swing late in the air and beat the batsman’s plans about what the ball is about to do. Pace and full length, yes but that seam has to be upright for it to deviate late.

Could you detail the effects of back-spin?

If it wasn’t for that back-spin, the seam of the ball would start wobbling early due to aerodynamic drag, as we call it. Put simply, the ball will fall limply without that much venom. That backspin helps the ball maintain the resistance needed in the air to swing late. The backspin allows the ball to cut through the air that much quicker with a proud seam and that’s what beats the fast bat-speed of even the good batsmen. The seam doesn’t wobble too early which delays the swing for that much longer. And all this is happening at high-speed. No wonder Pope and Bairstow didn’t have a chance. Let us get it from another angle. Remember the yorker he bowled to James Anderson with the second new ball near the end of the match? It nearly did all that the Bairstow ball did to an extent. Just the ball colour looks different in the replays – old and new but the technique and the result were almost the same. Same kind of back spin and extended-arm at release. With the new ball it swung conventionally into the left-hander, with the old, it tailed in late to the right-hander. With the old ball, unlike a few, he isn’t simply trying to push the ball in with the shiny side. That’s when it starts to swing too early, too wobbly and good batsmen can adjust. Instead, Bumrah is doing everything he can to make the seam upright and carry the ball as far as possible in the trajectory before the resistance breaks and deviation starts late.

Bumrah’s reverse-curlers seem almost within the line of the stumps. Does that cause more problems?

Yes, that effect would be better described and understood by what the batsmen don’t do against his reversing balls. You don’t see the batsmen try to take the front foot out of the way, like they might do to many reverse-swing bowlers. It’s because he doesn’t allow them. Bumrah’s back-spin and the angle of release makes the ball stay in the zone, almost wicket to wicket. With some bowlers you see the seam pointing towards slips or wide fine-leg. You get an indication of the ball’s direction; with him you don’t. They shape to play and then get stunned by that late deviation at that hot pace. Bowlers like Rabada and Jofra Archer use back spin and end up bowling very good seaming deliveries. But the way Bumrah does it – and the way he releases the ball, extending his arm all the way in front, that makes the difference. Everything is inside the corridor so to say. It’s also the reason why his bouncers are so difficult to tackle. Again, the wrist and finger snap happens at the last instant and batsmen don’t see much cues. By then it becomes too late.

Much has been said about the action. What’s your take on it?

The arm comes from a little past perpendicular which usually means the ball will be pushed out. But because of his unique biomechanics, he has the ability to maintain the seam upright. And the body amazingly doesn’t fall outside the line at release – as it should when someone gets it round from that past-perpendicular position. He must have a solid core to hold that action. And he gets very unique release positions as a result.

It helps him work in that zone from stumps to stumps. With him we usually see Rishabh Pant gathering the balls within his body, hips region. He is not lunging to his left or right. Bumrah rarely wastes a ball. I remember Pakistani bowlers telling me when it’s reversing, never ever waste it down the leg side. Take the imaginary stump or two outside off. If you are going to waste the reverse, let it happen outside off. There is no use making the ball sail down leg side. Never waste the reverse swinging conditions. I see that philosophy in Bumrah. Upright seam, backseam, pace, and late deviation. Bairstow and Pope had no chance, really.